Avery’s personality continues to blossom. He uses short sentences now, and says such things as:
“Load the truck!”
“I love cars/trucks/garbage/mommy/daddy”
“I want _______” (water, juice, milk, snack, raisins, mommy, etc)
“I nice”
“Let go” (he says this when he’s trying to play fetch with Commodus)
“Bobby Hill” (his friend Jackson taught him this. it’s a character from King of the Hill)
“Backing” or “Back up truck” followed by “Beep beep beep”
His favorite exclamation these days is “No!” He says this to pretty much any question you ask him, even when he means yes. He seems disappointed when we can’t read his mind.
We’ve been letting him watch a little bit of TV, and he’s gotten good at asking for particular shows. He’ll chant: Caillou, Caillou, Caillou! He also likes to watch Bob the Builder, and Thomas the Train. His favorite character from Bob the Builder is scoop (the talking excavator). When Avery says his name it comes out more like “shoot.” It’s pretty funny.
He’s also getting into playing dress up. Lindsey stocked his drawer with a couple pairs of sunglasses, hats, gloves, and a hand bag. The other day he wore his sunglasses through dinner. 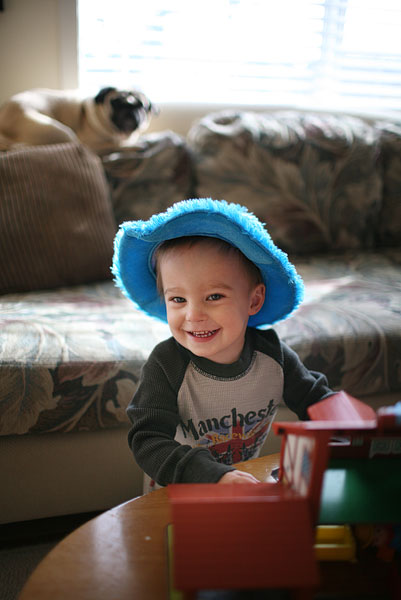 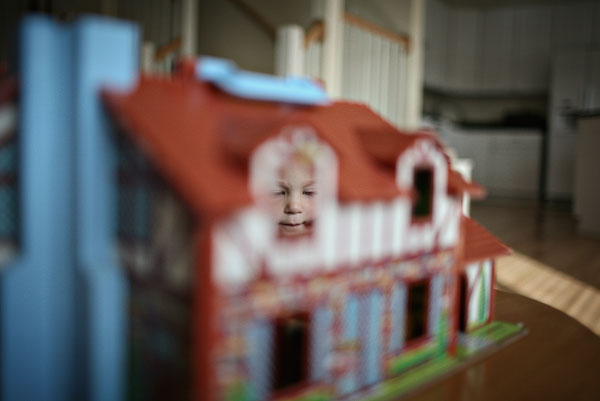 Watching Caillou with Mommy and Commodus. 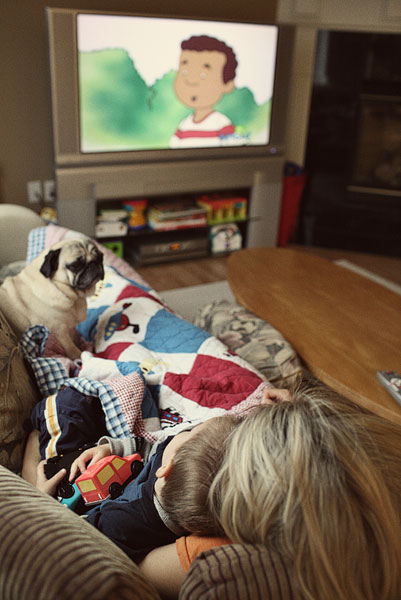 Posted in avery | Comments Off on Chatterbox

Life is good in Sayulita

The first week of February we traveled to Sayulita, Mexico for a little vacation. It was our first time to Mexico, and we really enjoyed ourselves. The change in culture was very refreshing, the food was delicious, and we had lots of time on the beach relaxing.
We went down with some friends from Seattle who make camera straps. There were eleven of us altogether, and we stayed in a huge six bedroom house called

Posted in avery, places, us | Comments Off on Life is good in Sayulita