I just realized that here it is, almost October, and (gasp) I forgot to post pics from Avery’s first day of Pre-K! The morning went smoothly, and he had a great first day at school. It’s been almost a month now and he’s still loving class and brings home lots of cute art projects. 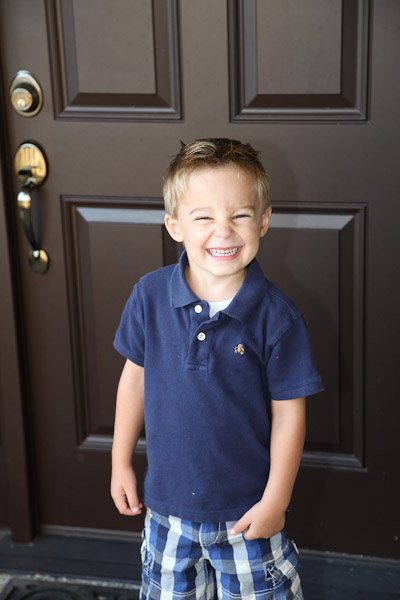 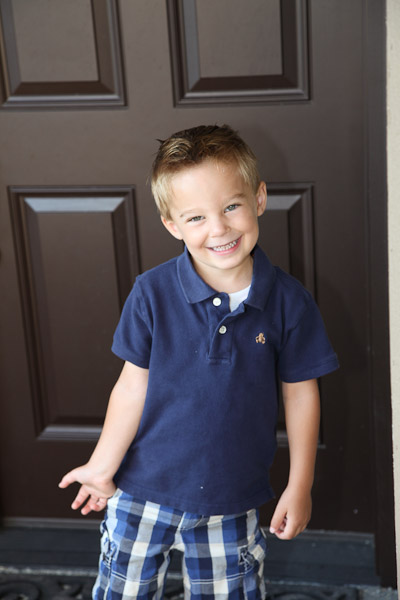 Posted in avery | Comments Off on First Day of Pre-K

Jonathan and Avery went on a couple of special outings at the end of summer. A few weeks ago they attended their first Seahawks game together. We’re not much of a sports family – never watch games at home – so this was pretty foreign to Avery, not to mention a little noisy/overstimulating. Overall, he seemed to have fun just being out with Dad. Although Jonathan reported later that when they left (right before half-time, Avery was getting tired), he said to Avery, “I had a good time at the game with you,” to which Avery replied, “I didn’t.” Wow, brutal honesty.

The following weekend Jonathan took Avery on his first camping adventure. We surprised him after preschool with a sign that read “We’re going camping!” We sounded it out with him, and his reaction when he finished the last word was so incredibly cute. Shock, excitement, followed by, “let me go get my flashlight!”

They left on a Friday afternoon, and planned to stay one night, two if things went well. Fortunately, Avery was in good hands with his father, the Eagle Scout, and he rated this experience far better than the football game, so they stayed until Sunday. The pair had a blast hiking, exploring, building campfires, roasting hot dogs and marshmallows, telling ghost stories, and enjoying each other’s company. Plus, there was the added bonus that without cell reception, Daddy could not possibly be distracted by the iPhone. When it was time to come home, Avery tried to convince Daddy to stay a few extra nights, and even suggested that Daddy could bring his laptop and work from the campsite.

Heading out to their first Seahawks game together 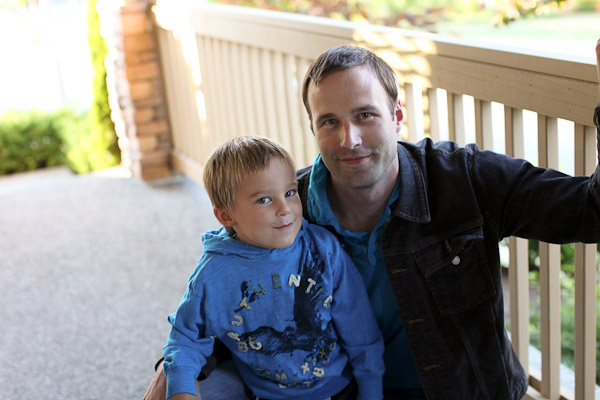 “Camping is so much fun!” 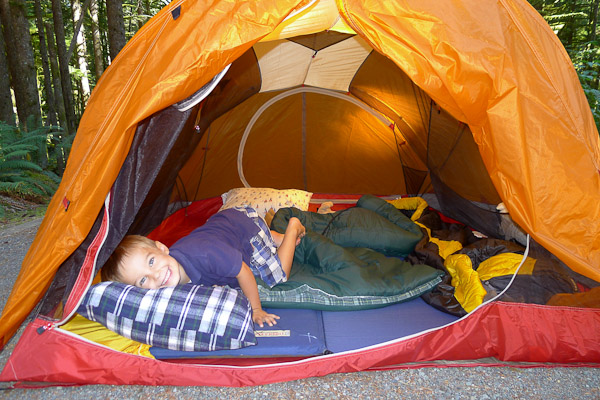 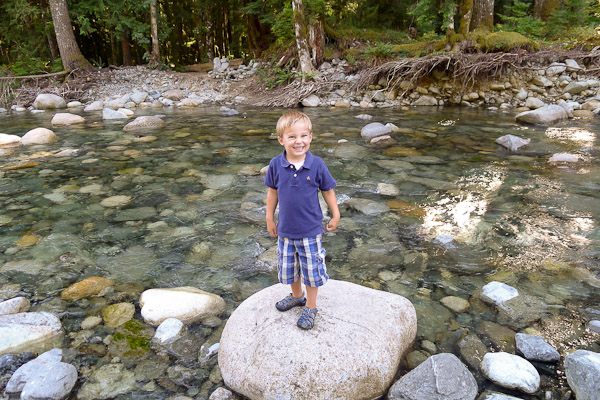 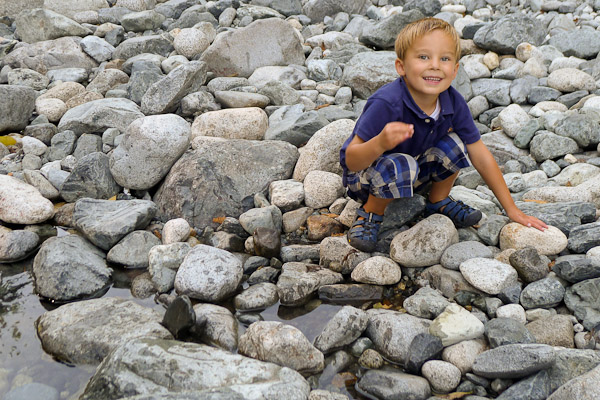 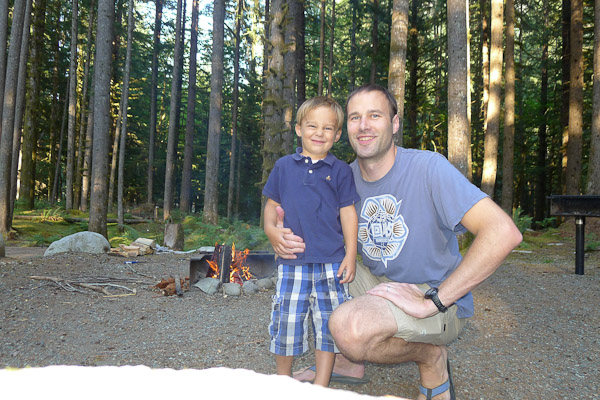 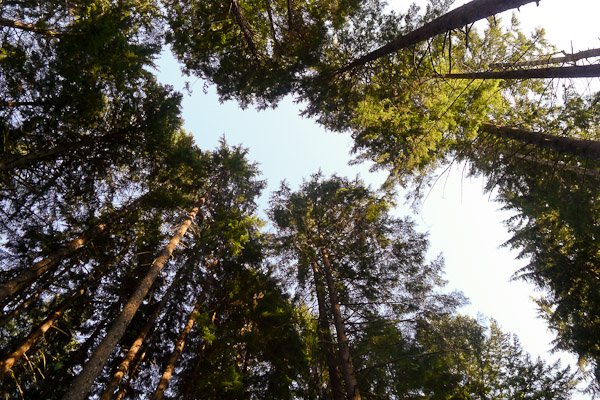 With a railroad tie he found 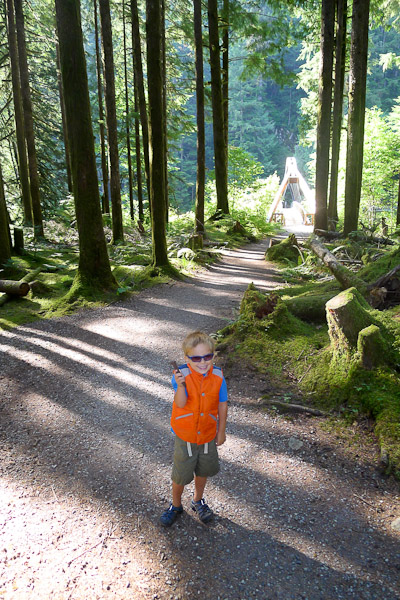 Collecting wood for the fire 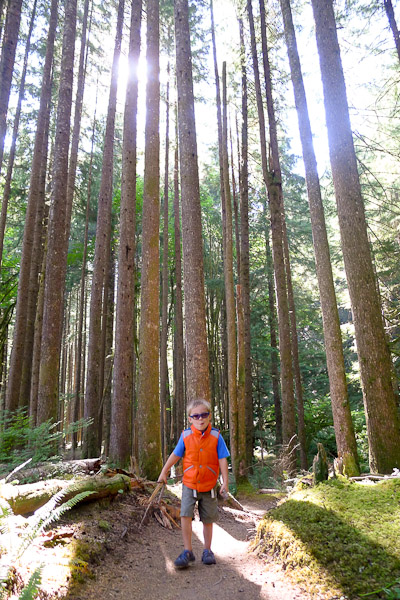 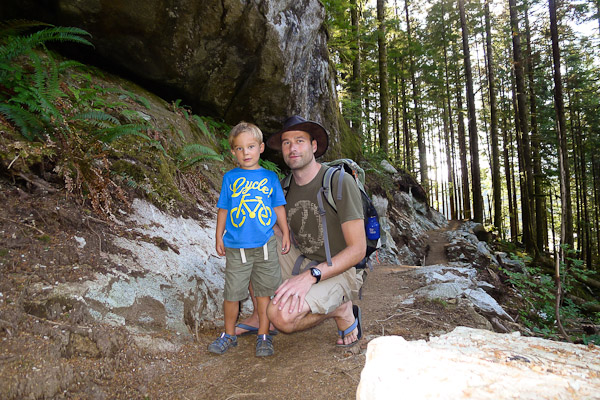 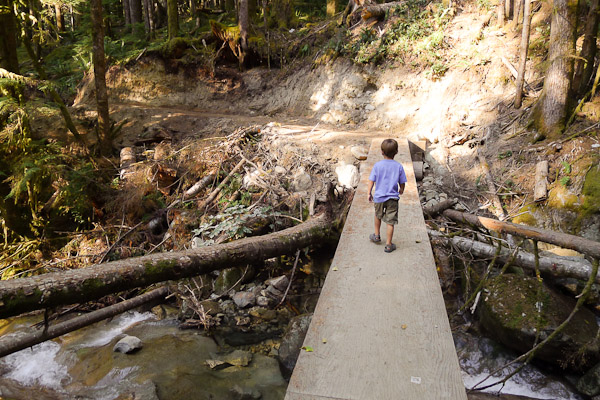 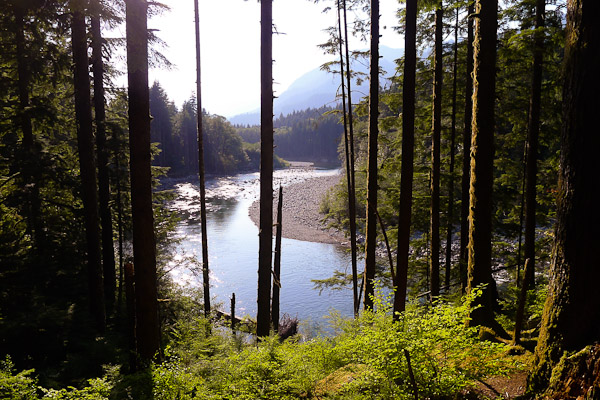 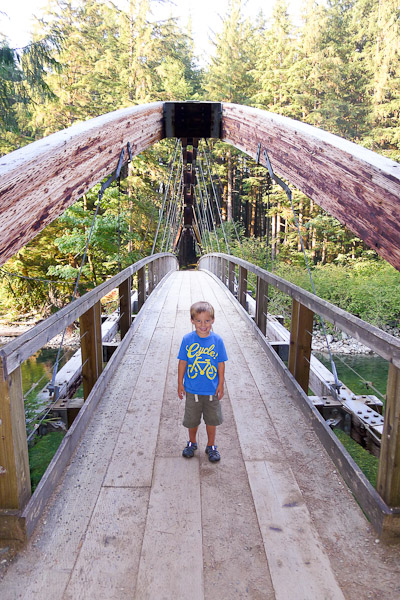 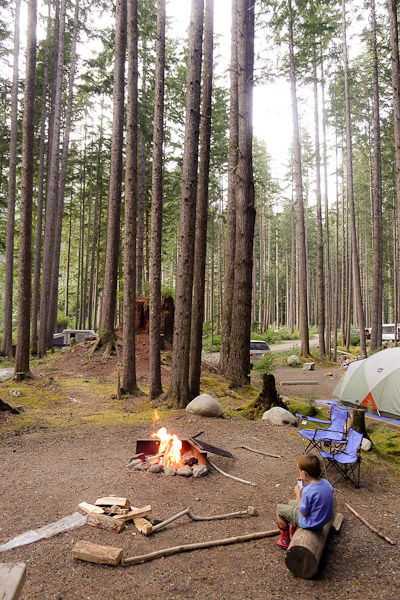 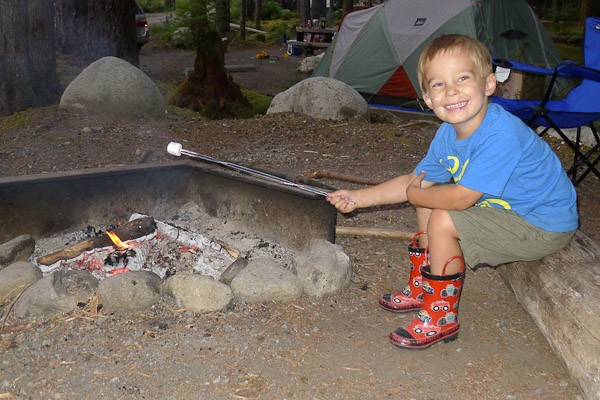 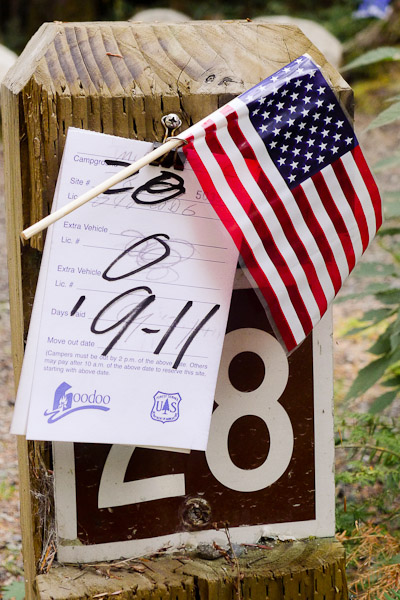 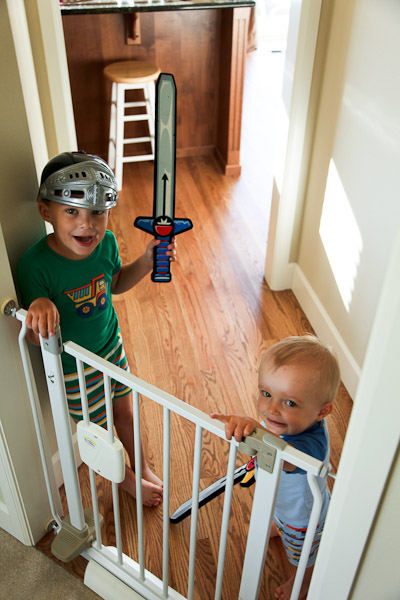 Posted in avery, places | Comments Off on Dad is Rad

As summer began to wind down, we started to look for a fall activity for Avery. He made it clear to us that although he enjoys kicking a ball around in the backyard, he did not want to play soccer again. And he insisted he did not want to do karate, he wanted to learn to dance. Having grown up dancing, this was music to my ears, but Avery isn’t exactly the kind of kid who runs around busting a move. Did he really understand what he would be getting himself into? And I don’t want to be one of those parents who pushes their children into doing what the parent wants them to do. So I asked Avery to try a free trial class at the local karate place, and if he didn’t like it, he could do dance. Karate did not go well – it was awful. Avery was totally uncooperative and unwilling to participate, but I couldn’t keep Kieron off the mats. So dance it was!

Avery had his first dance lesson last Wednesday. The class is half ballet, half tap. There are eleven little girls… and Avery. He absolutely loved it! He wanted to go back the next day, and was so disappointed to have to wait a week for his next class. I’m thrilled (and relieved) that he’s enjoying his lessons, and I’m relishing being a dance mom while I can. Who knows, perhaps we have a future Baryshnikov or Gene Kelly on our hands? 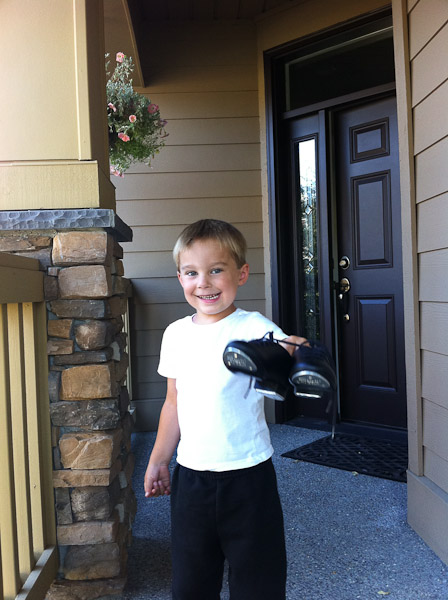 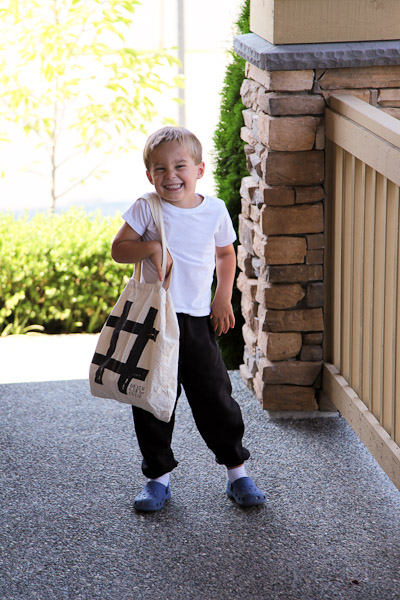 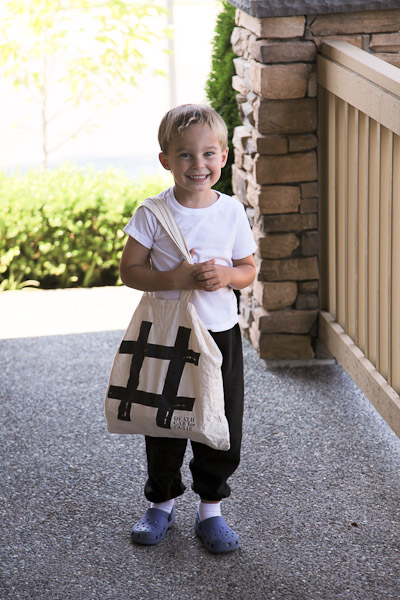 Posted in avery | Comments Off on Tiny Dancer

We went blueberry picking a couple of weeks ago at our regular spot, Bybee Farms, in North Bend, WA. Avery was a much better picker than the previous year. Kieron, who doesn’t like blueberries, stayed occupied in the jogger with snacks as long as they lasted. After that, we let him out to roam a little, and he wandered among the bushes collecting dandelions. In the end, we picked about six pounds of berries, not bad with our little monsters in tow. 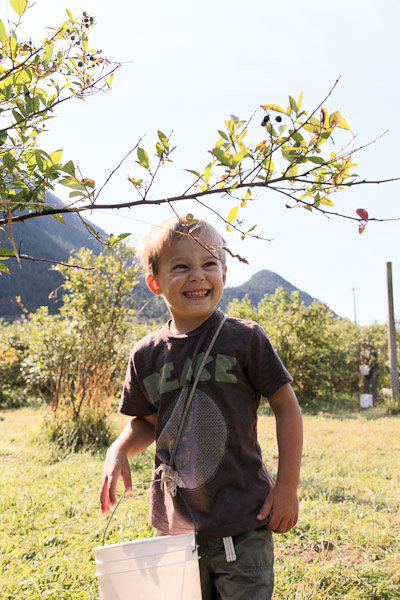 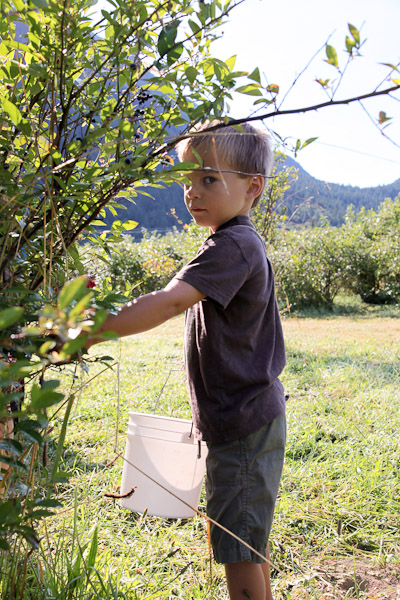 “Personally, I prefer dandelions over blueberries.” 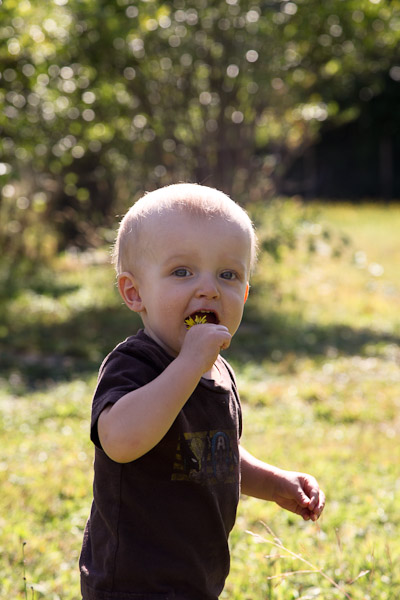 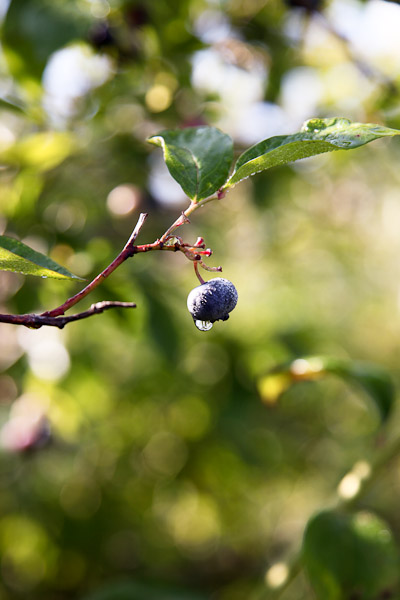 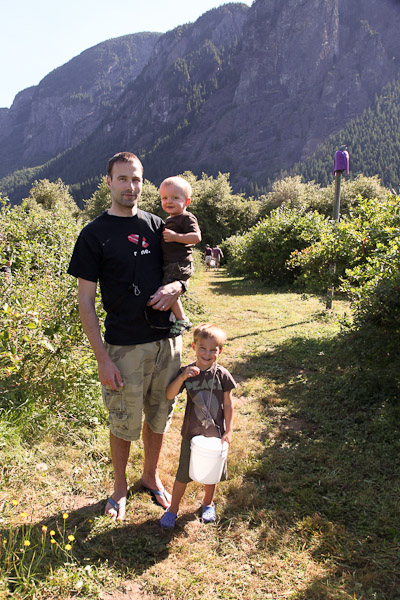 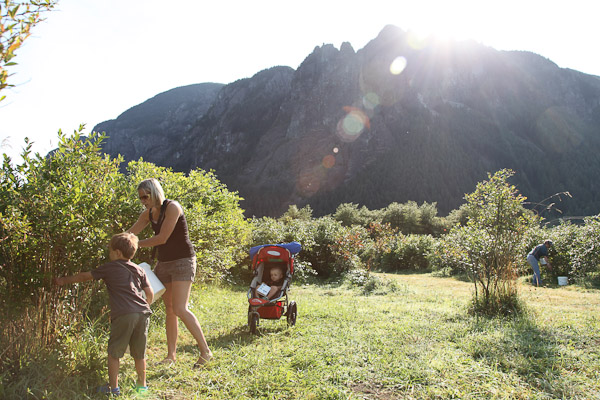 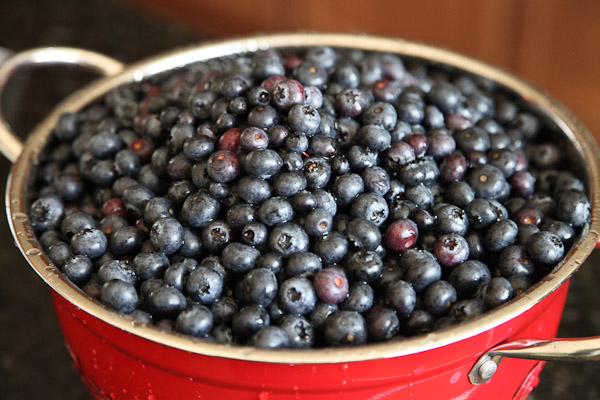 Last Tuesday I took Kieron in for his monthly helmet checkup. The orthotist measured him and looked at his head. Then he surprised me and gave the go-ahead to stop using the helmet! Kieron’s noggin is almost completely rounded out, and the last little bit should fill in on it’s own in the coming months.

While the helmet became a part of Kieron’s personality, I have to say, it’s so nice to have it off! I love being able to kiss his little head instead of hard plastic, change his shirts easily, or hold him without the fear of getting a fat lip (there’ve been many over the past few months). There definitely is an adjustment phase though. I worry about him more now walking on the sidewalks or climbing on the big toy. He’s already had a couple of minor bumps, but that’s just part of the process, and I’m sure there are more to come!

Here are a couple of shots from his latest haircut: 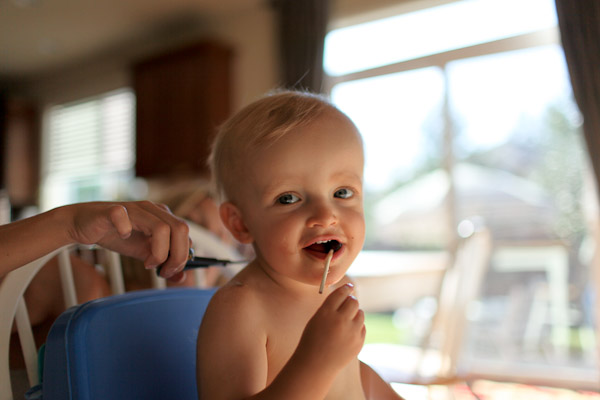 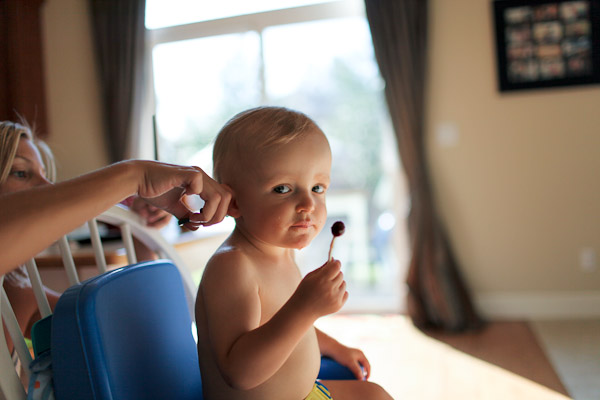 Posted in kieron | Comments Off on Behold! No more helmet!