On Thursday night Avery got sick. He threw up a number of times and had some diarrhea. Eventually he got to sleep around 2:00 AM after four mini-bathes to get cleaned up. Lindsey and I felt horrible and even after Avery fell asleep, we spent most of the early morning hours listening to the baby monitor in case he got sick again.
In the morning he still wasn’t able to keep any pedialyte down so I called the doctor and got an appointment for lunch time. Our biggest fear was that he was getting dehydrated which can happen pretty quickly in little babies. It turned out he was only mildly dehydrated. Lindsey and I were relieved.
The doc told us to keep Avery on a mixture of pedialyte and gatorade (to make the pedialyte yummy tasting) for a couple days. He also said to completely avoid breast milk because the fat in it makes diarrhea worse since it has to be broken down by the GI tract. This was interesting advice, because most of the websites we looked at said to keep breast feeding. We’ve been following the doctors advice for the most part. The antibodies in the breast milk are good, but if it just makes the baby more dehydrated then it’s not solving the problem. Avery is getting plenty of fluids now and has energy to play.
[Update:] This morning Lindsey was sick when she woke up so we’re going to delay our trip to Texas for a day or so. I’m hoping I can avoid catching the bug.
Back on his feet last night. 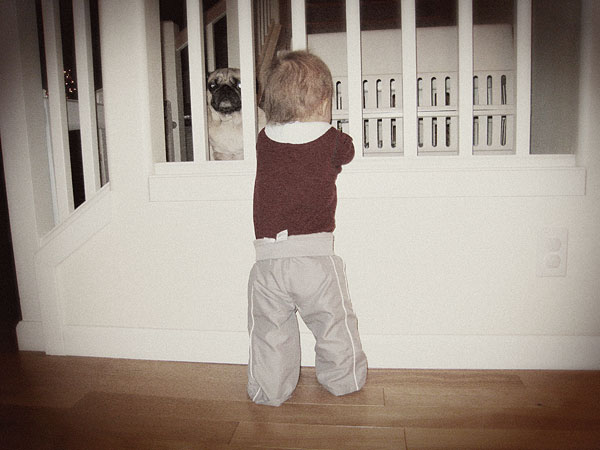 Playing with Commodus earlier on Thursday. 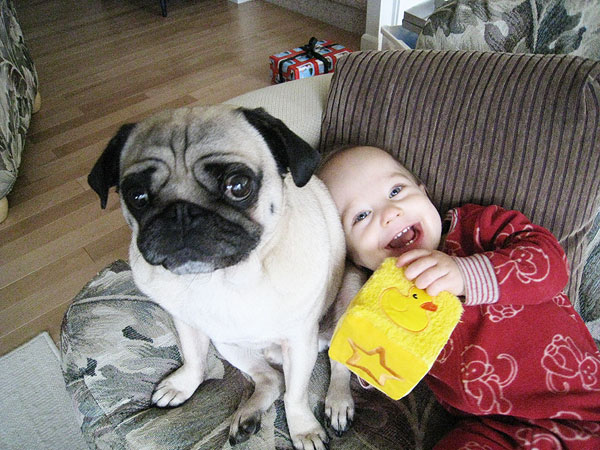 This entry was posted in avery. Bookmark the permalink.