We traveled down to Vancouver to spend Christmas with Nana and Grandpa this year. Auntie Ashleigh and her boyfriend, Mark, flew out from New York too. On Christmas Eve we dined on our traditional appetizers and cookies.

Then we played our special white elephant game. It involves rolling dice, and each time a player rolls the “magic number,” they get to pick a present off the center of the table. Once all presents are gone, players can steal gifts from other players when they roll the number. When the timer goes off, players open the gifts they’re stuck with. Avery had an absolute blast playing! He said “I love this game!” over and over. And when it came time to steal, he said “I don’t want to steal! I don’t want to steal!” He put his arms around his presents and tried not to give them up, and only stole presents from Daddy, who at the end of the game had only one present.

Before bed we let the boys each open one present. Avery unwrapped his and exclaimed, “A Pillow Pet!” (He’s been asking for one for months). He explained how useful it was: “You can sit on it!” Kieron was content to chew on his. Then they left treats out for Santa and his reindeer and went to bed. 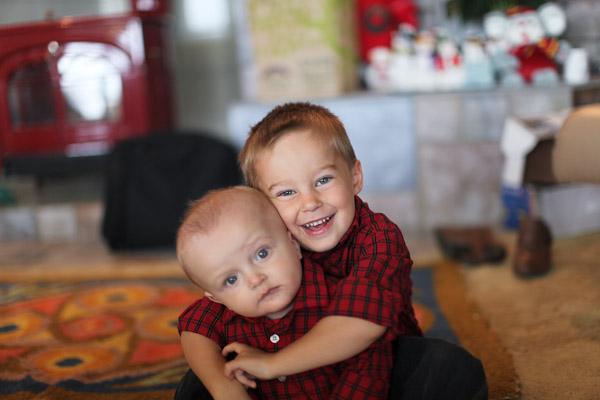 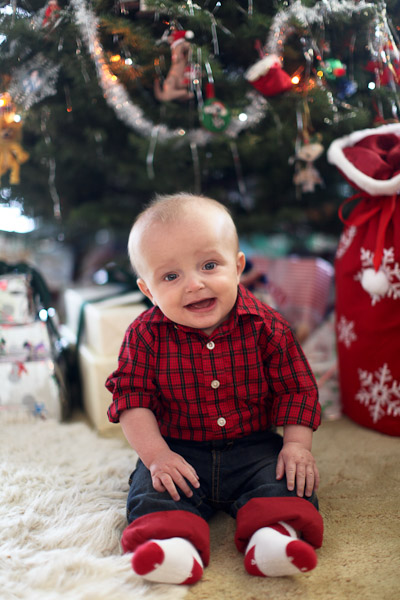 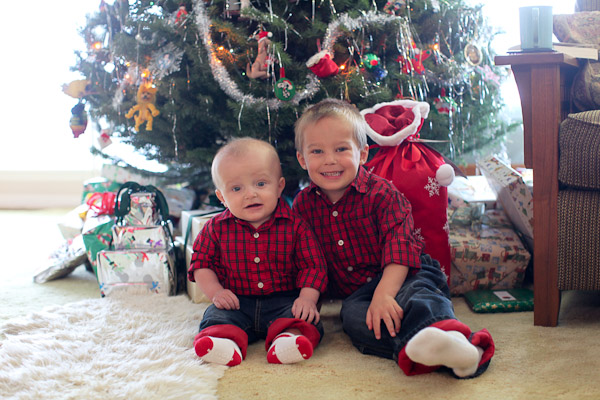 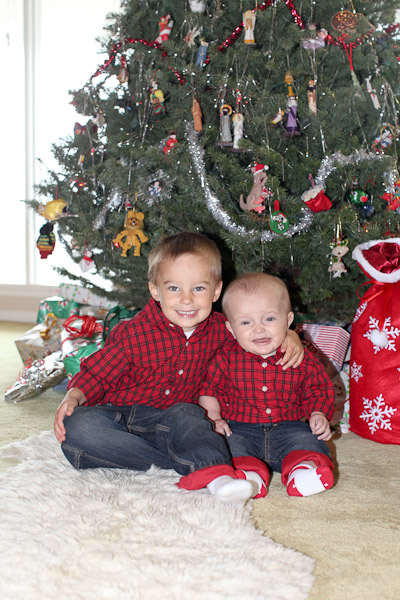 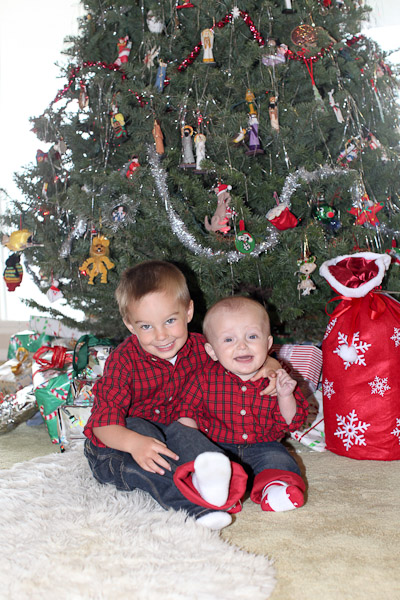 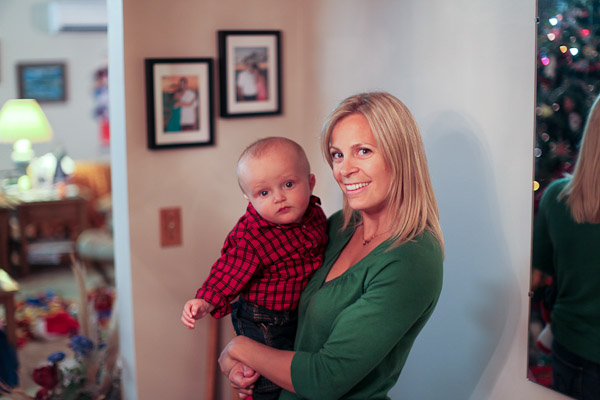 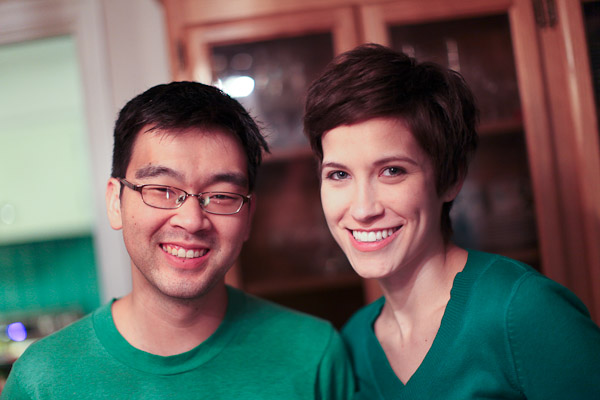 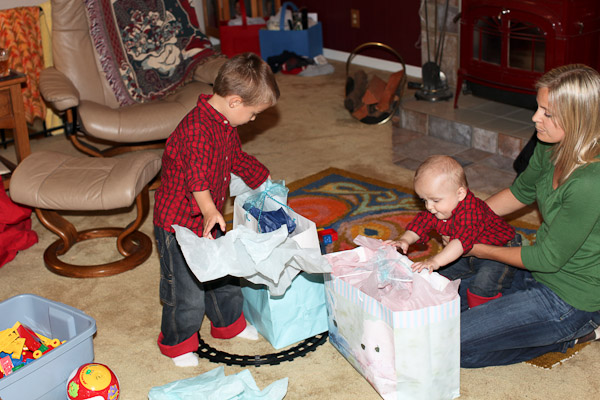 They were a hit! 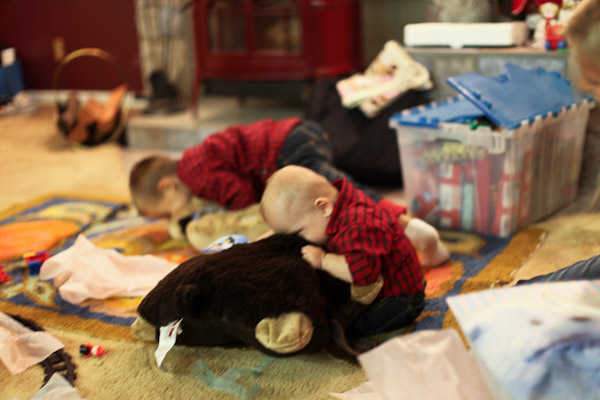 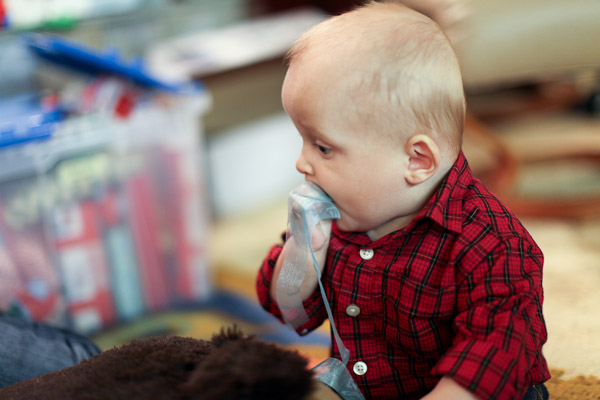 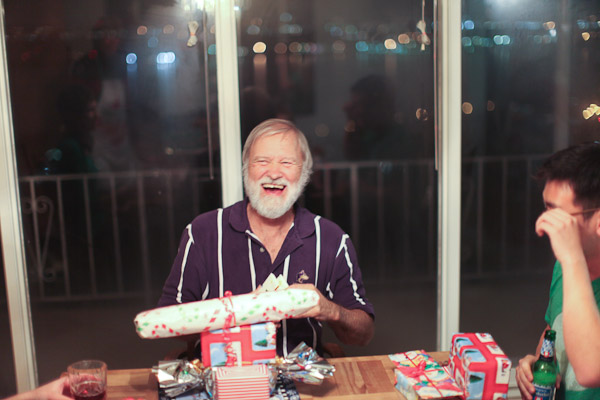 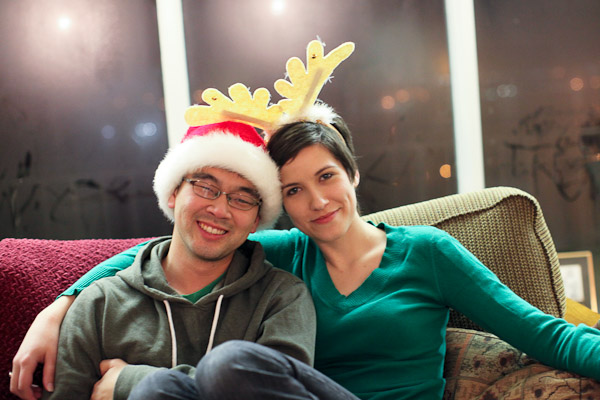 Leaving cookies & milk for Santa and a carrot for his reindeer 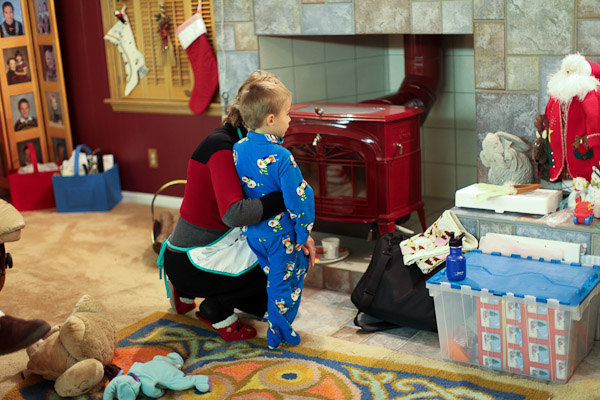