I know parents always marvel at the passage of time, but really, where did the last ten months go? For that matter, where did the past four years go? I can’t believe I’m planning Avery’s fourth birthday party right now!

Last Saturday was one of those beautiful, crisp winter days in the Seattle suburbs, so we took the boys to the park and brought the camera along. Kieron’s still got some time to go before he’s walking, but he didn’t let that stop him from enjoying what the park had to offer.

At ten months old, Kieron’s preferred method of moving around is “bottom shuffling,” or scooting around the floor in a seated position. I’d never heard of this until he started doing it. Sometimes he will slither in circles, and every so often he’ll go backwards a little bit, but he hasn’t worked out the logistics of going forward yet. In the past couple of days he’s begun getting on his knees and forearms when placed on his tummy, so I think crawling isn’t too far off. He definitely likes to get into things, so we’re in big trouble when he does start crawling.

He has an appetite like a horse. I’m not actually sure if he ever gets full. He eats puffs and cheerios, and likes to chew on bread, but he does not like chunks in his baby food. We’ve been trying for a while now with the chunkier textures, and he really lets us know he doesn’t like them. But baby food, rice cereal, yogurt… I think he could win an eating contest with those. If we pause while we’re feeding him he actually starts yelling at us!

Kieron is a sweet, social baby, and is still very smiley. He gets startled sometimes though, and will start to cry if he’s around someone with a boomy voice. He loves to talk/flirt with people, and sometimes catches strangers off guard with his cheerful “hi!” He says dada a lot, and sometimes mama, awee (Avery) and we can tell “uh-oh” is right around the corner. 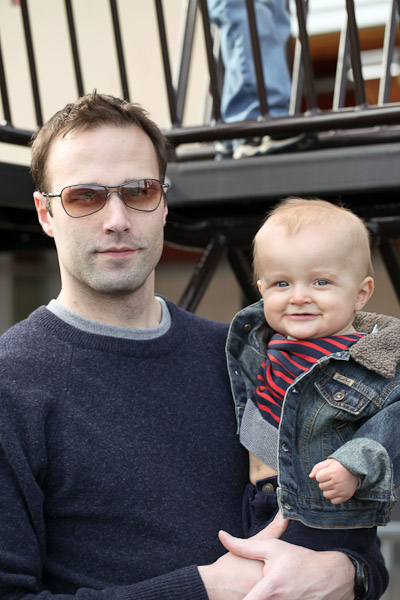 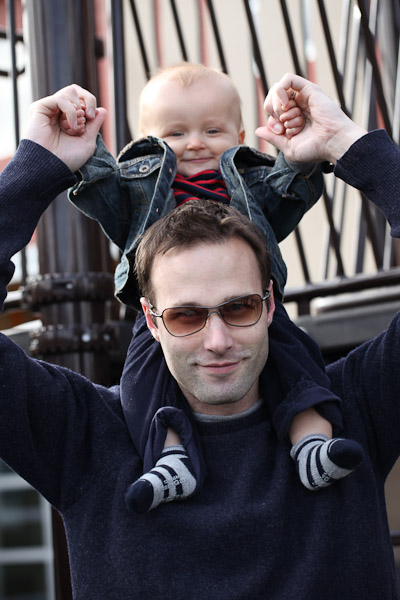 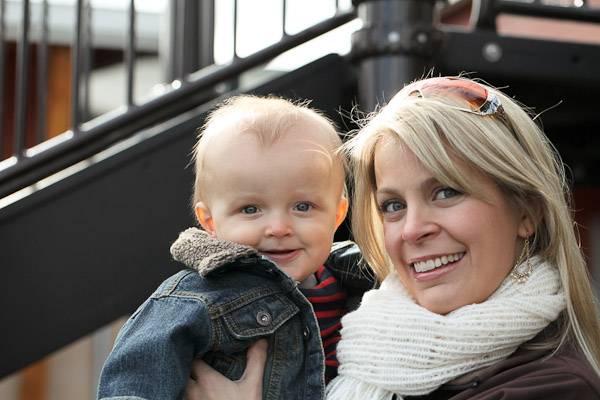 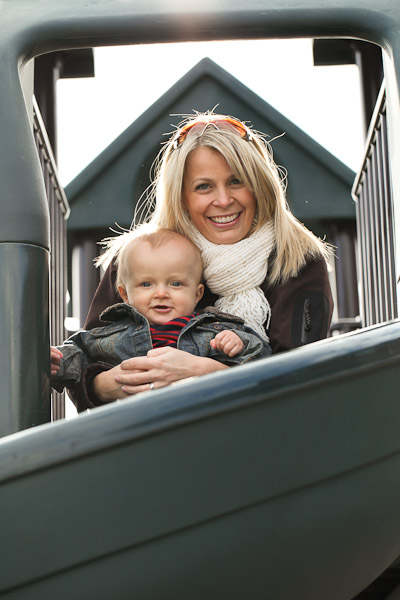 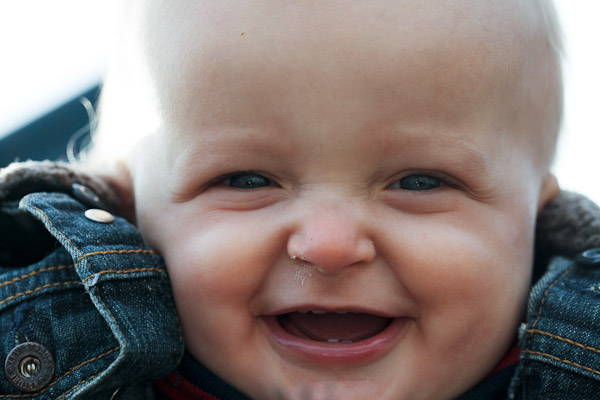 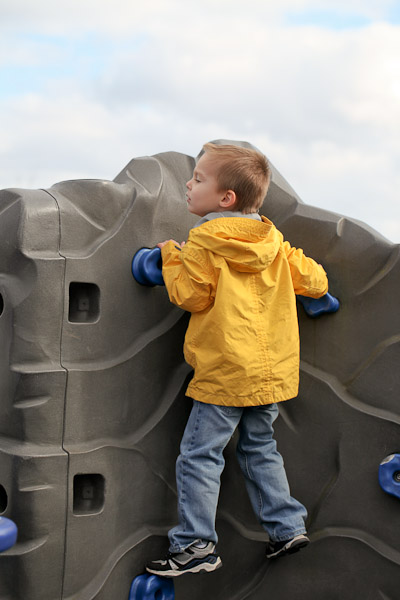 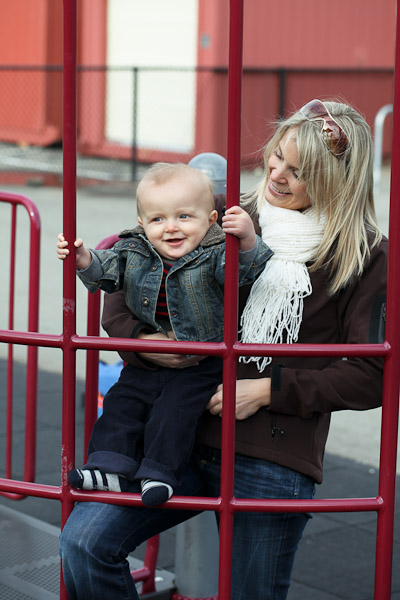 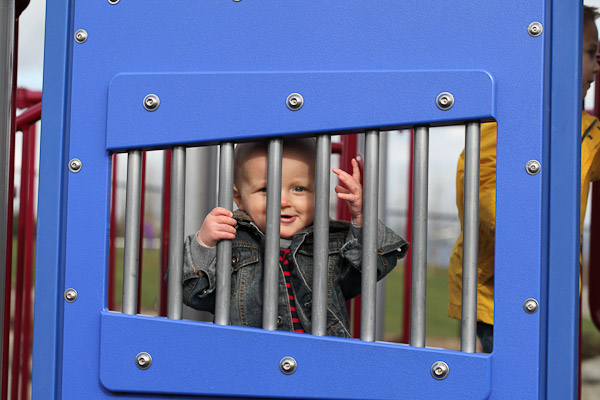 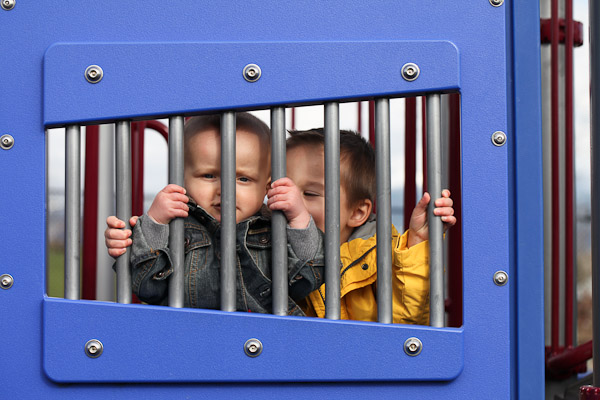 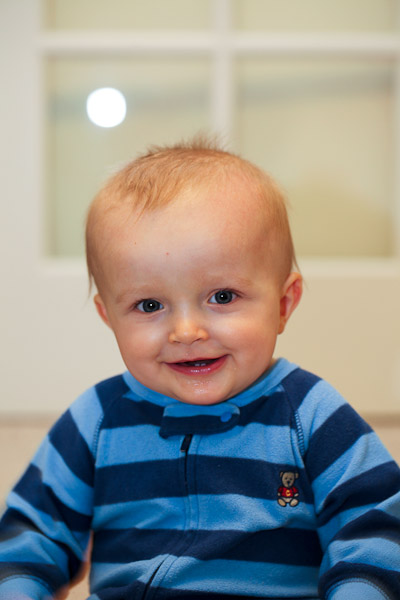 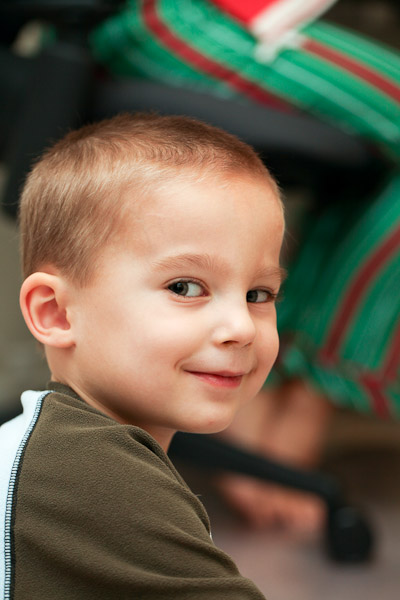 Here’s Kieron right before we woke him up from a nap, so peaceful 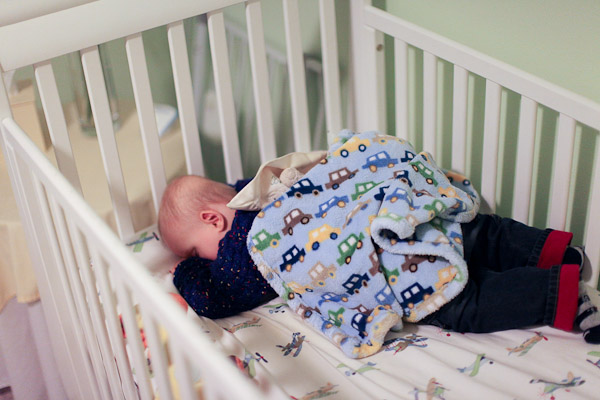 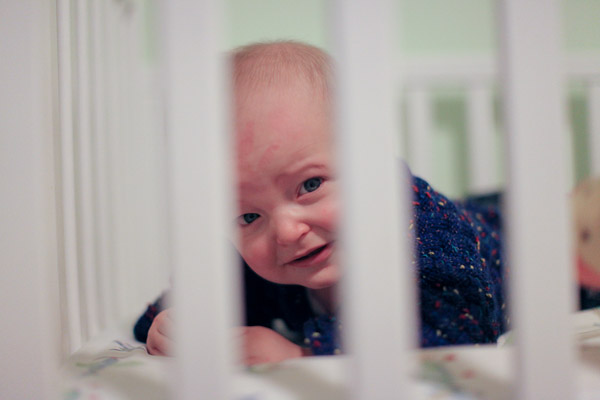 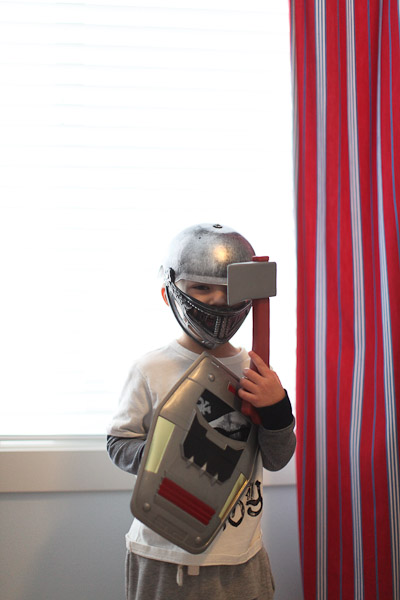 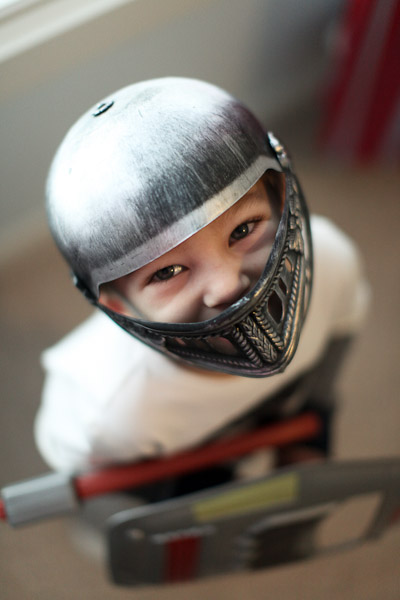 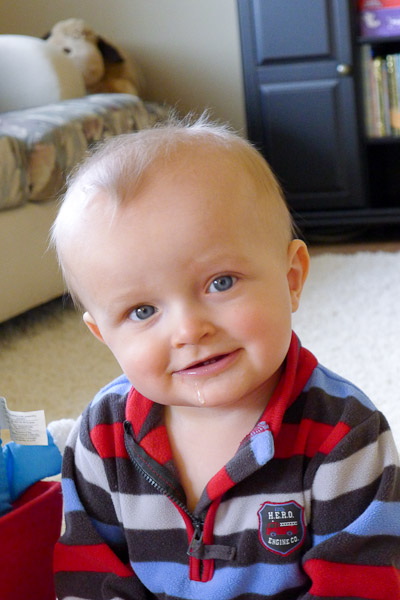