This Halloween Avery and Kieron dressed up as a knight and a dragon. It worked out perfectly because I was already planning on breaking out Avery’s old dragon costume for Kieron. When I asked Avery what he wanted to be, I really thought he would say a pirate or a cowboy, but a knight it was. After a week, he still wanted to be a knight, so we went out and bought his costume (in early October). Well, another week passed and the next thing I know he’s telling everyone he’s going to be a pirate (oh great, this is what I get for being a good Mom and not procrastinating)! A few days before Halloween he changed his mind again (cowboy). Fortunately for me, on the big day he had landed back on knight again, whew!

We lucked out and got a dry Halloween, yay! Avery was the most galant knight I’ve ever seen, and Kieron was ridiculously cute as a little dragon. It’s amazing how fast the second-born catches onto things like trick-or-treating. He did the whole block with his big bro and seemed to love every minute of it. He scurried up sidewalks, reached into candy bowls with a wide open hand for optimal candy-grabbing, and then muttered “tank ya,” and hurried on to the next house.

After finishing the block, we retreated inside to dole out candy to the rest of the trick-or-treaters. The boys liked this part as much if not more than the actual trick-or-treating. 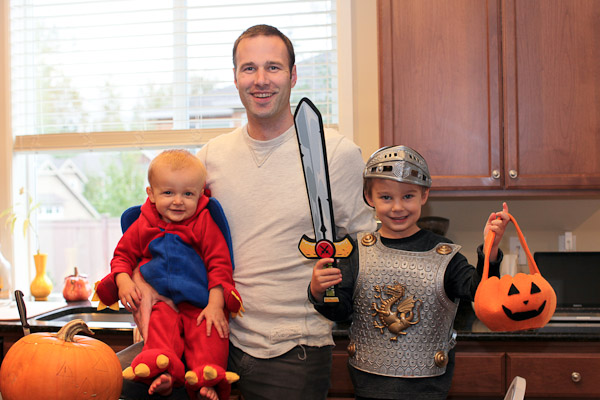 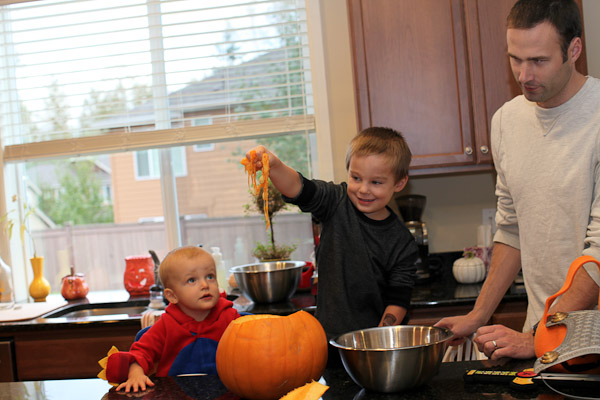 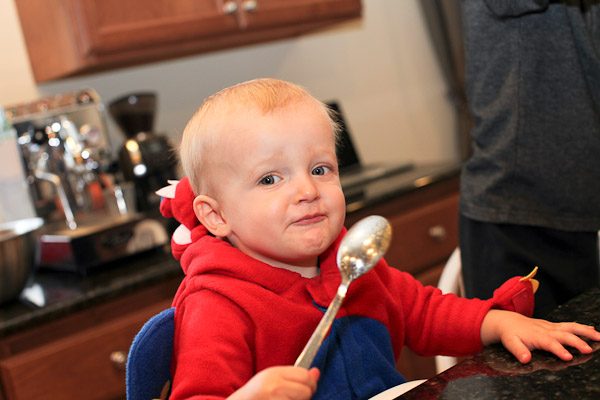 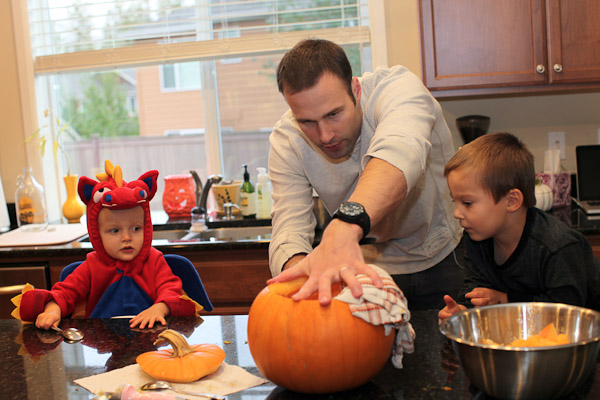 Heading out with Sir Avery and the ferocious dragon 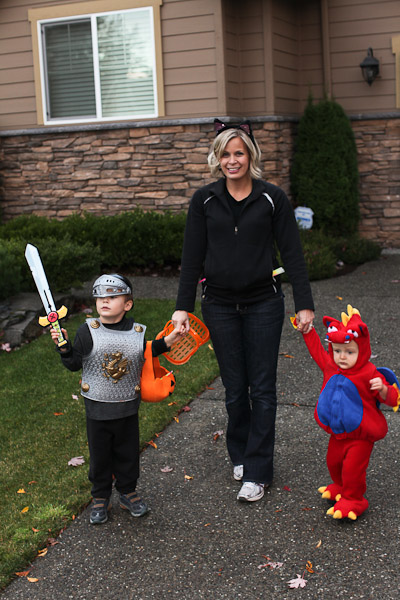 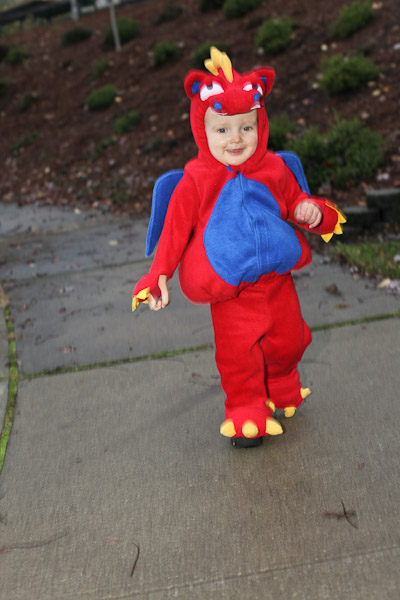 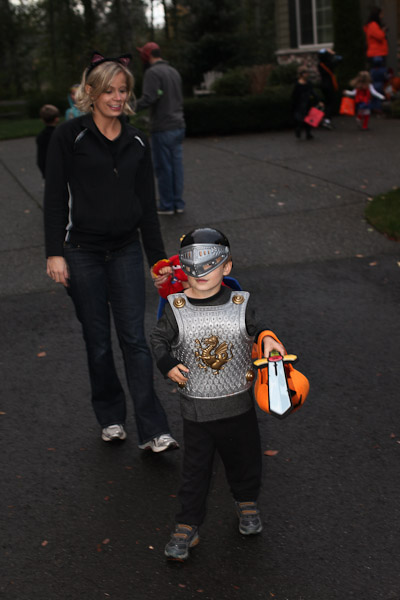 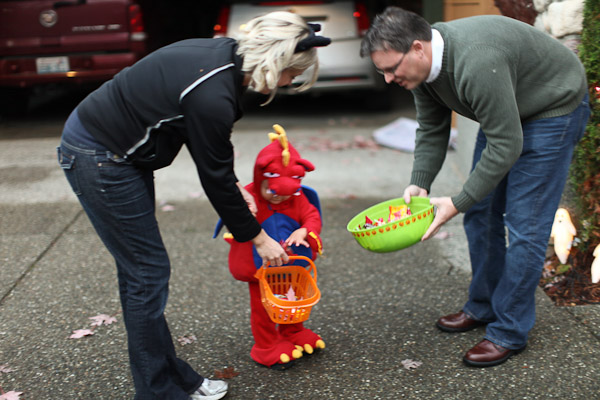 Avery and his buddy Hayden (Army man from Toy Story) 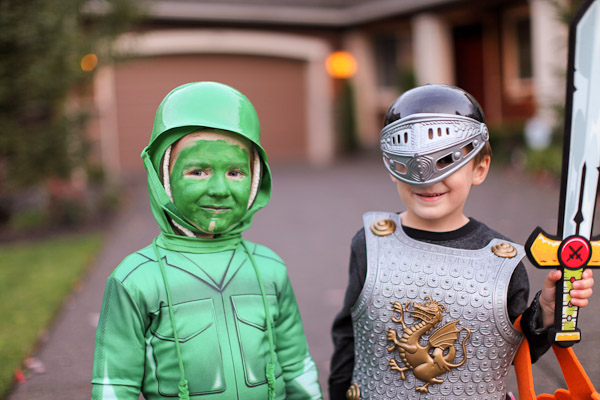 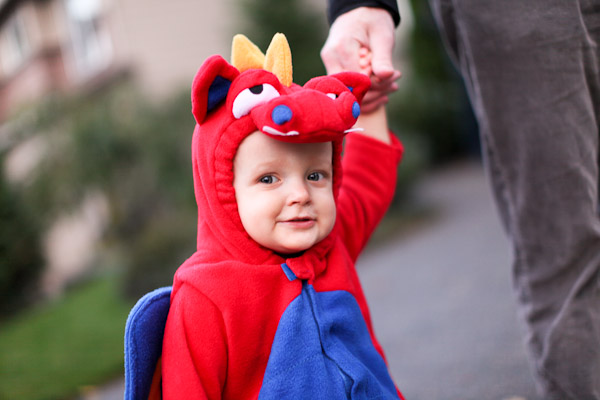 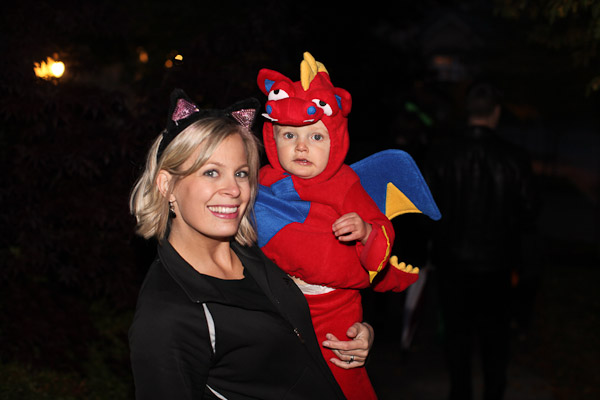 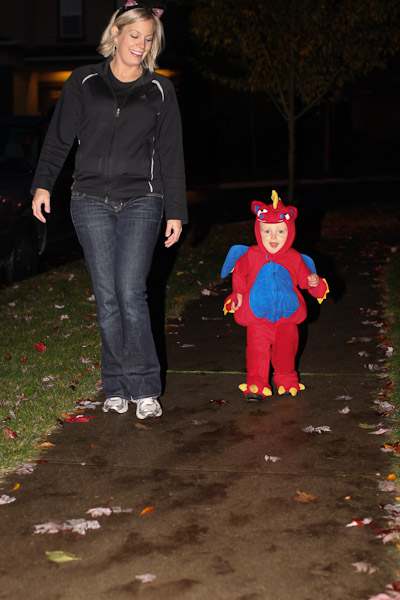 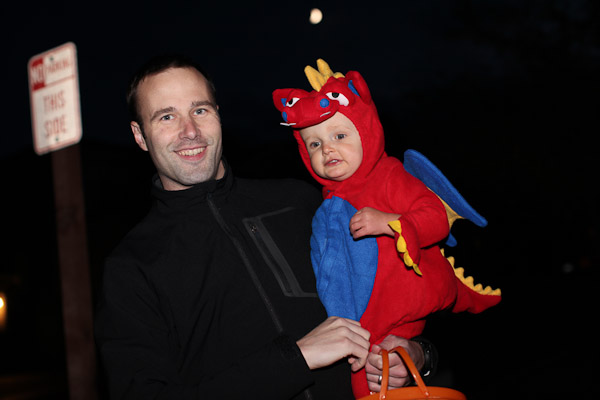 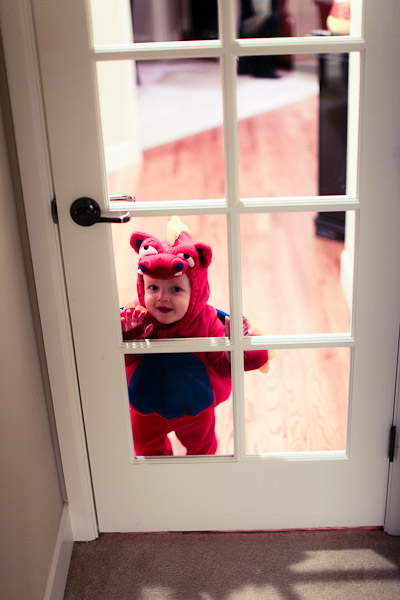 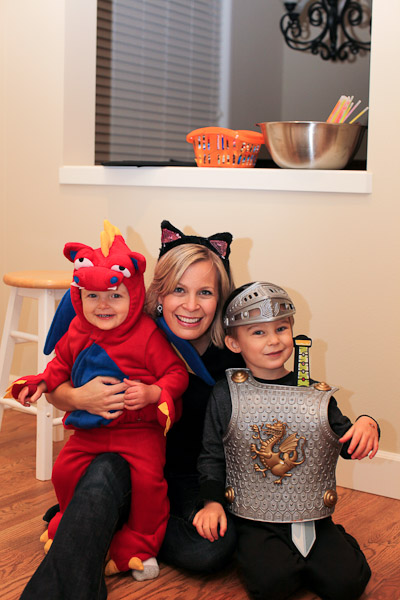 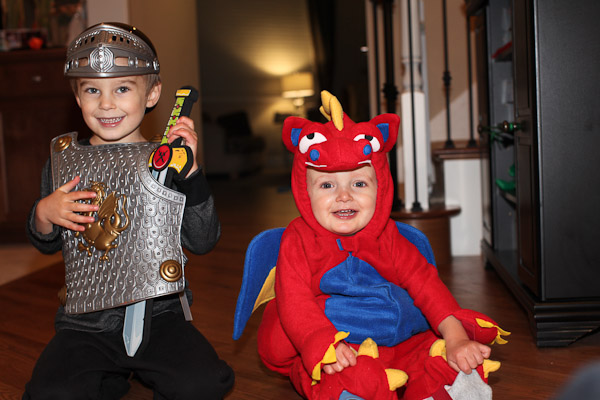 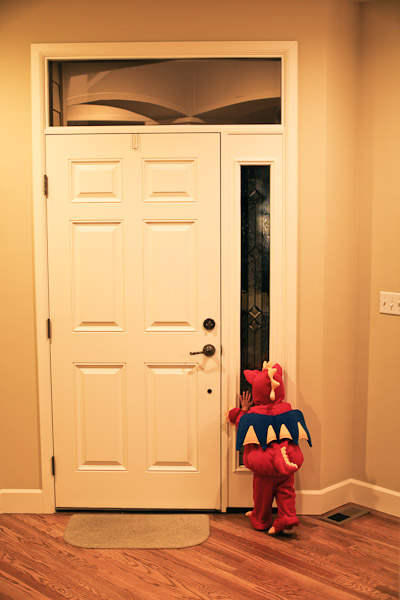 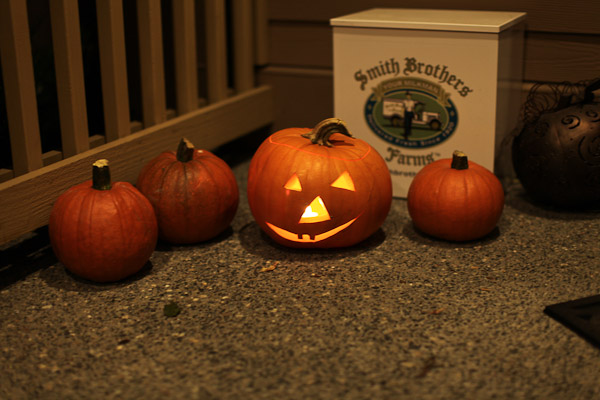 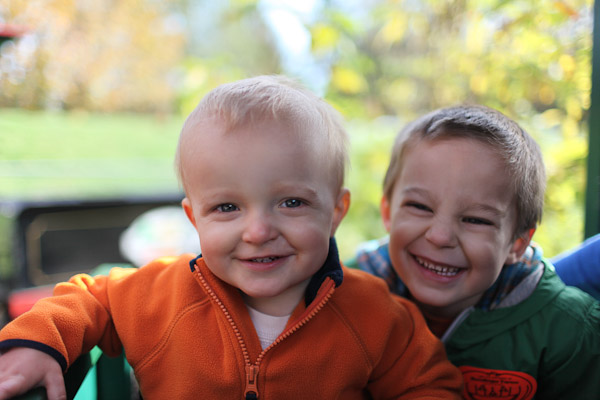 His favorite part was the hay maze 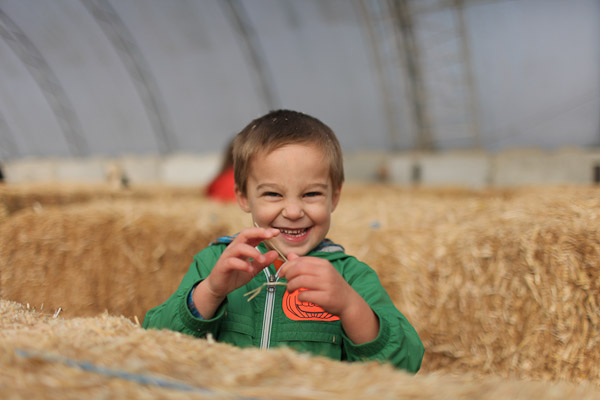 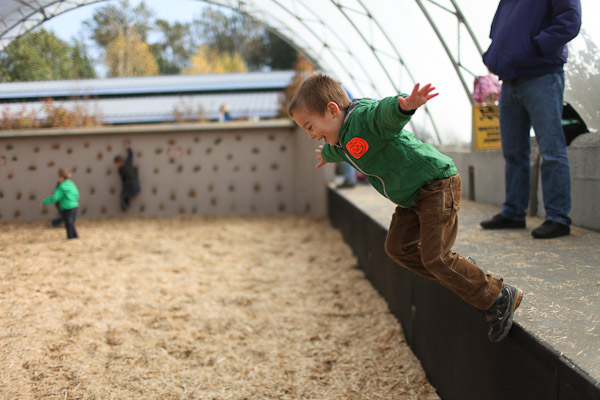 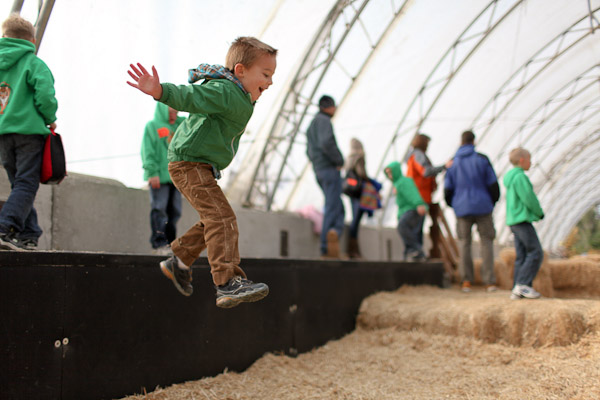