We had a good run, but we knew it was only a matter of time before one of our boys got stitches. It comes as no surprise to us that our little daredevil, Silas, was the one it happened to. What was more shocking was that he got it doing something as mundane as walking. So here’s the story:

The boys and I had driven to Monroe to see my girlfriend, Laura, and her family. They had stopped to visit family and friends on their cross-country move from Maryland to California. The kids played outside while we caught up on the patio. About an hour into our gab fest, Avery came from around the corner, “Mo-om?” I could tell from the worried sound of his voice that something had happened. I sprang up, rushed toward him, and then saw Silas, who at this point had been bleeding from his forehead for probably 15-20 seconds, had touched it, and had blood all down the front of his face and on his hand.

I have to laugh now at my response – I kind of freaked. Not bad, but I definitely yelped/gasped/screamed. I’m not totally sure, but thank goodness Laura was there, she grew calm and gave me a look that said “take a breath,” which I did. So we scooped Silas up, took him inside, cleaned him up, and examined him. It was a small wound, but deep. He would definitely benefit from a stitch, but it could wait a little. So I slapped a bandaid on him, and we finished up our visit. Avery and Kieron were so good! They patiently sat in silence together on the patio waiting for news on their little brother. And Laura’s daughter, Calista, got right to work on a Get Well card for Silas.

In case you’re wondering how it happened, according to Avery, who saw it all, Silas was walking, and tripped on a landscaping boulder, then hit his forehead on another one.

Jonathan met us at Urgent Care in Redmond. He brought with him the essentials that would get us through the wait: iPads and Silas’ stuffed gorilla. 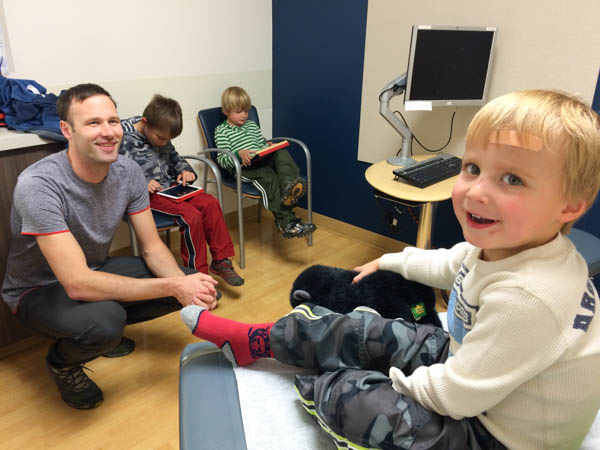 Silas was in good spirits, and I think enjoyed being the center of attention 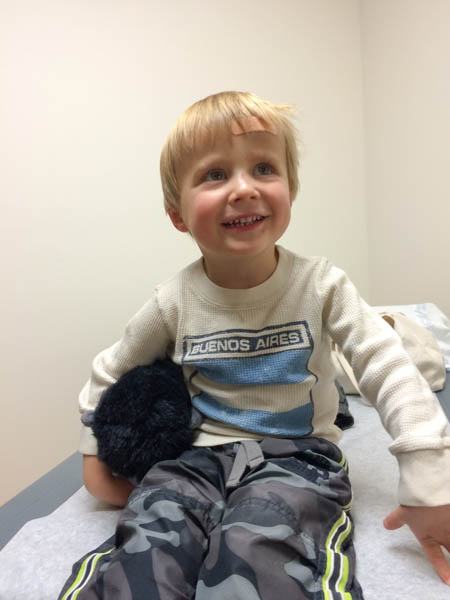 Jonathan and I took turns holding the numbing solution on his cut for 15 minutes. Meanwhile, Silas held some on his gorilla’s forehead. 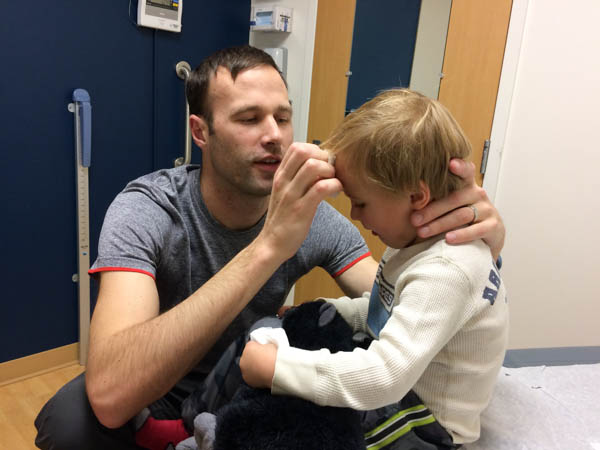 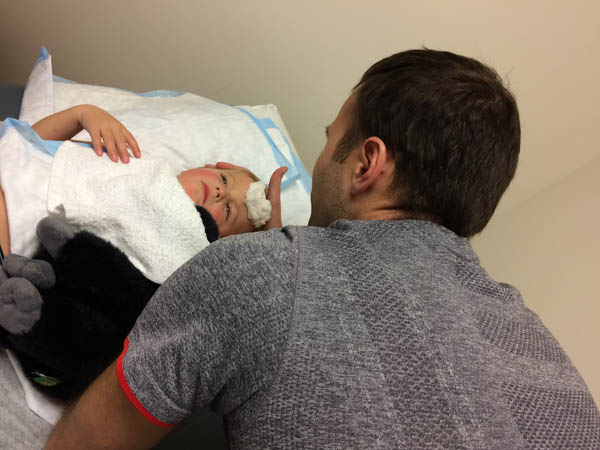 Silas was a great sport. He didn’t like it when they washed out his cut with “spicy water” though, and cried. We were so worried about how he would do when he got the stitch, but he closed his eyes and held absolutely still. That part was easy-peasy. Here he is after the ordeal. 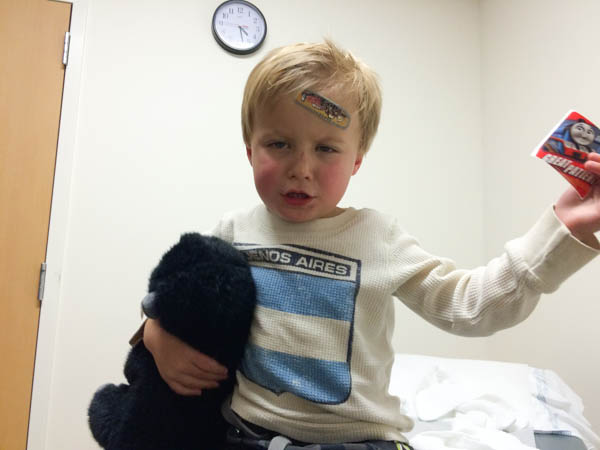 Earlier in the day, Laura and me, friends since 7th grade! 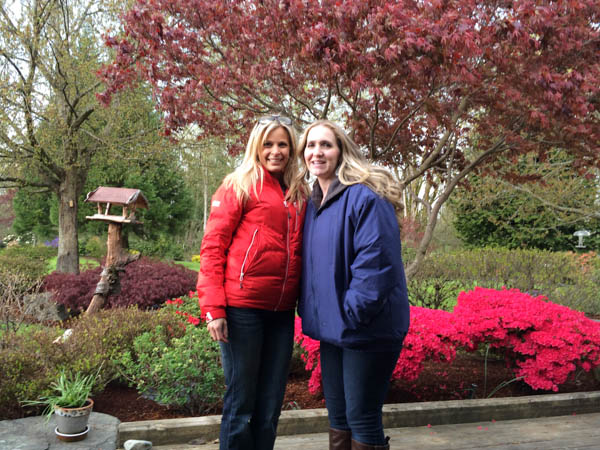 Update: Silas had to have his suture removed a few days later. Jonathan was out of town for work by then, and we really didn’t want to pay the bill for one little snip. So squeamish though I am, I discovered I am quite good at removing stitches!