Take Me to the River

This summer has been hot, hot, hot! To keep cool, Jonathan and I have been taking the boys to the Snoqualmie River in the evenings. We can’t believe we’ve lived in Snoqualmie for more than four years and hadn’t been here yet! We tried a few different spots, and found our favorite. It’s beautiful! 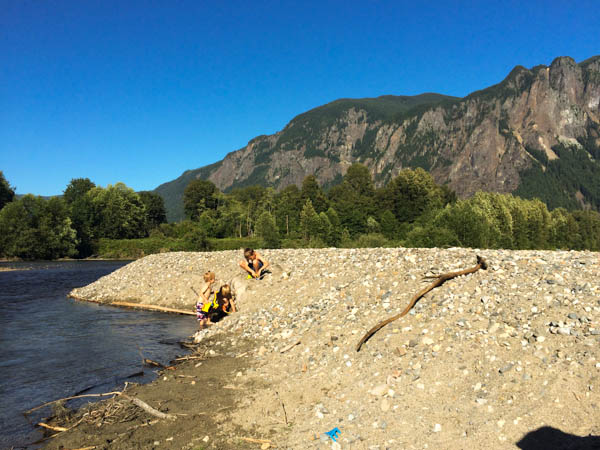 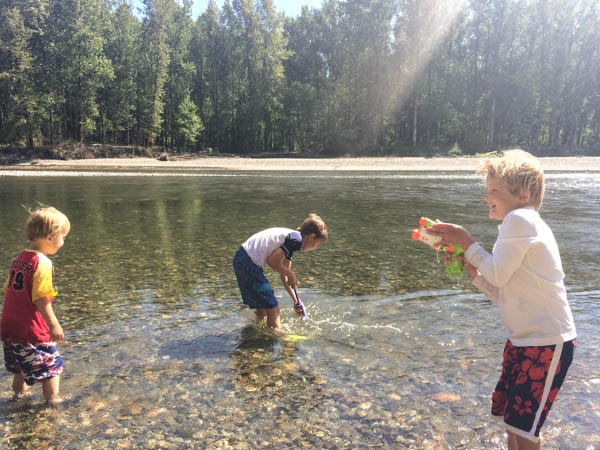 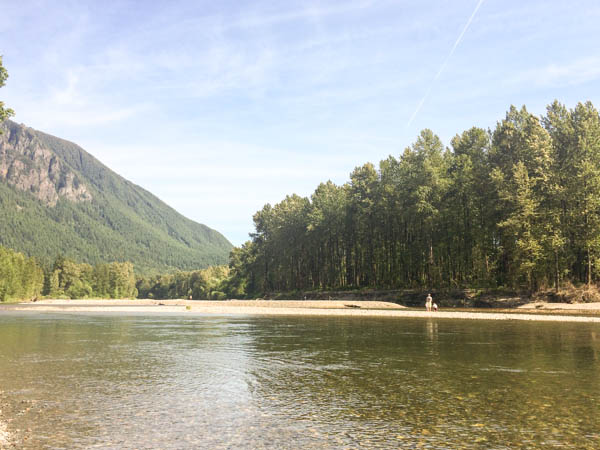 This is a spot we checked out on the south fork of the river. We were having a great time and the boys decided to swim across to check out the other side (the water isn’t moving much here). Avery made it across no problem, and Kieron even made it too with a little help and encouragement from his big brother. They played over there for a while as the sun moved and the area became shady. When it was time for them to come back, the water felt much colder, and the boys didn’t want to get in the water/didn’t think they could do it. Long story short, it took a lot of coaxing, crying and drama before the boys made it back, but finally they did it! 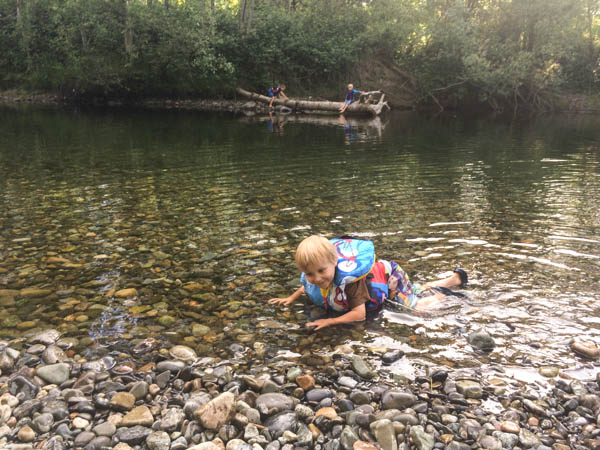 We also found a canoe on Craigslist and have been padding around Rattlesnake Lake and Lake Alice with the boys. It’s small, and it doesn’t have an engine, but it gets us on the water! All Jonathan’s years on the crew team at Western are coming in handy, and the boys love taking turns giving Mommy a break paddling! 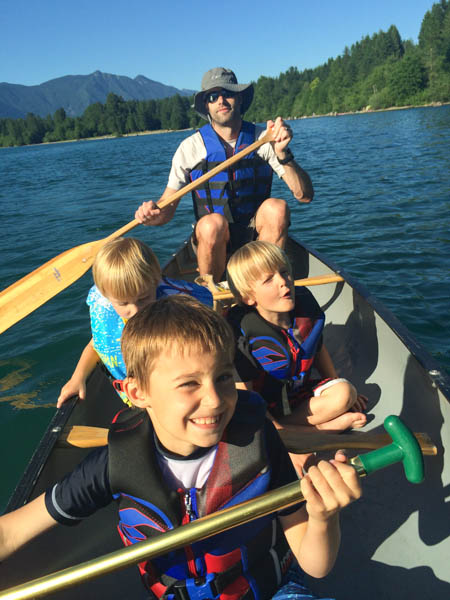 Avery and Kieron at Lake Alice. Much of one end of the lake is shallow enough for the boys to walk around. There are lots of lily pads, cute little houses along the water, and very few people. Avery swam the whole way back, probably 1/2 mile (with his life jacket on)! 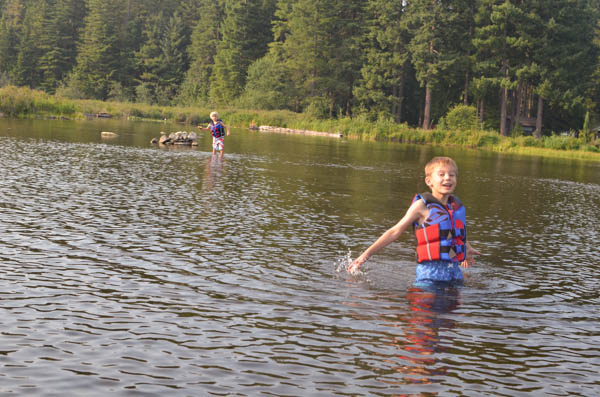