In early September, Kieron had his tonsils taken out. A few weeks later, Silas’ tonsils and adenoids were removed. They were both troopers and tolerated the surgery and recovery well, and the kids all enjoyed a month of popsicles.

Here’s Kieron and Marshmallow, the mountain lion, all smiles in pre-op. 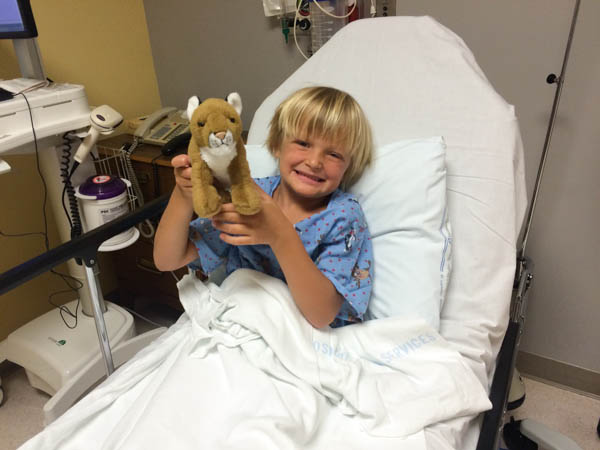 Getting a little woozy. Angry Birds is significantly more difficult after taking the “silly medicine”. 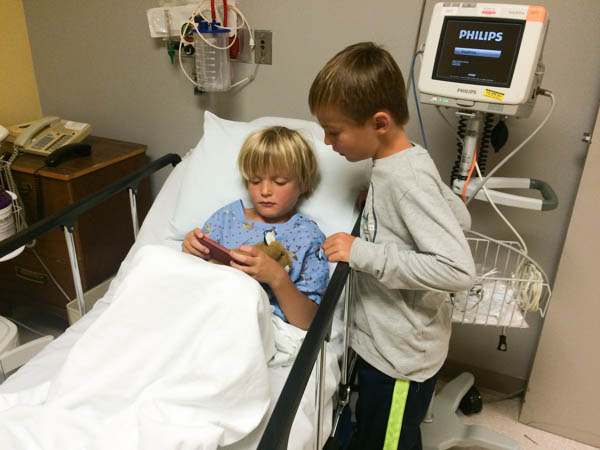 Silas’ turn. He looked so little in the big chair. 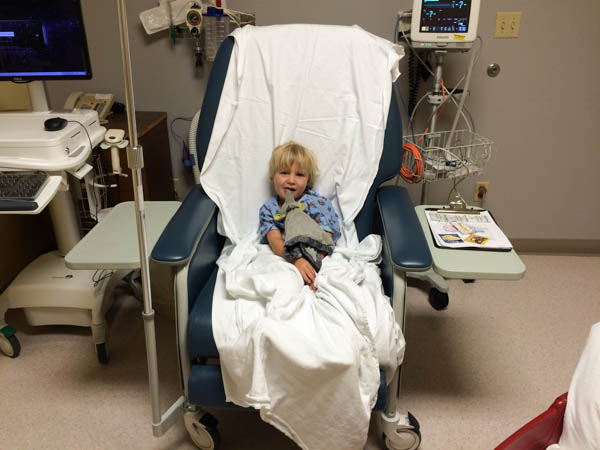 All smiles as he waits with elephant 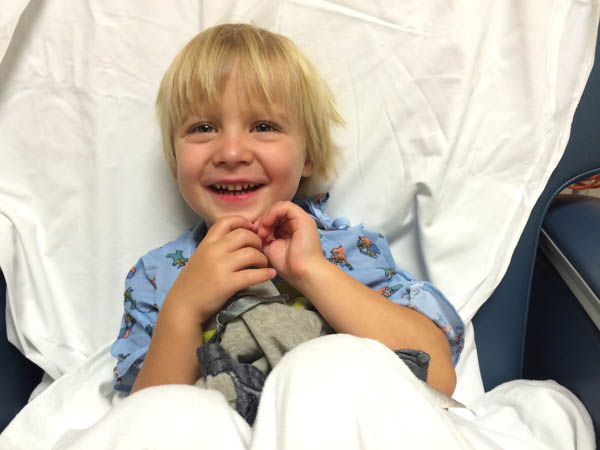 Hanging out on the couch at home afterwards. His sweet buddy, Charlotte, brought him a balloon, coloring book, and some get well wishes. 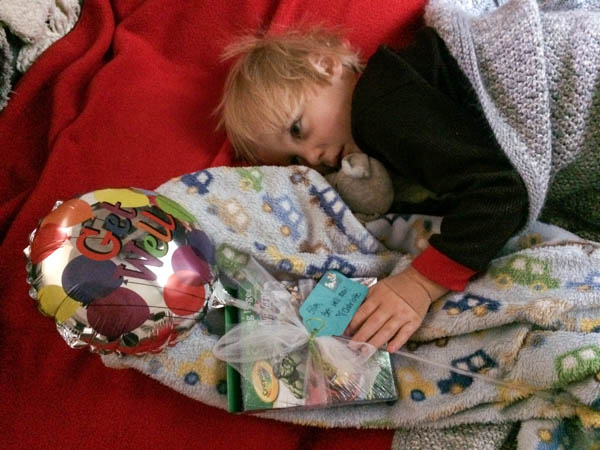