Jonathan and I had been thinking and talking about it for a while, and decided this summer that we wanted to have another baby. In the fall we found out we were indeed expecting! Things have changed a lot even since Silas was born, and they now offer a DNA blood test around 10 weeks of pregnancy. The test screens for a number of genetic disorders, and also gender.

In early December we decided to share the exciting news, beginning with the boys. We told them a week or two prior that a little brother or sister was on it’s way, we were having a special test done, and would know soon which it would be. We got the phone call on a Monday around lunchtime. Test results were all normal, and “it” was a “she!” There was some hugging and a happy dance, followed by “we have to tell the boys today! There’s no way we can keep this a secret!” Thanks to Pinterest, I knew just how I wanted to reveal the gender to big brothers. Silas and I hopped in the car to purchase a large box and some balloons. I kept him distracted at the party store and threw him off by ordering balloons in both colors. Once we got home, Silas helped me decorate the box, and we talked about what he thought was inside. I asked whether he thought he was getting a little brother or sister, and he said “I just want a baby!” We barely finished decorating and packing the car when the bus arrived with Avery and Kieron. It was 4pm and we had roughly 25 minutes until sunset. Jonathan and I loaded the boys in the car and headed for this bridge, which we thought would make a cool backdrop for pictures. The boys could hardly wait to find out what color was inside the box – both Avery and Kieron were hoping for pink. 🙂

As the sun set somewhere over the mountains, the boys opened up the box and pink balloons slowly floated up! 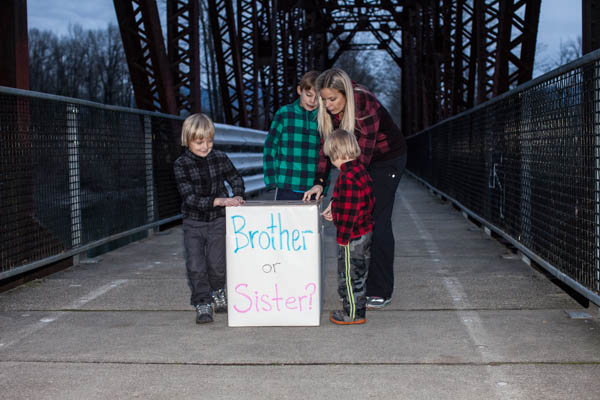 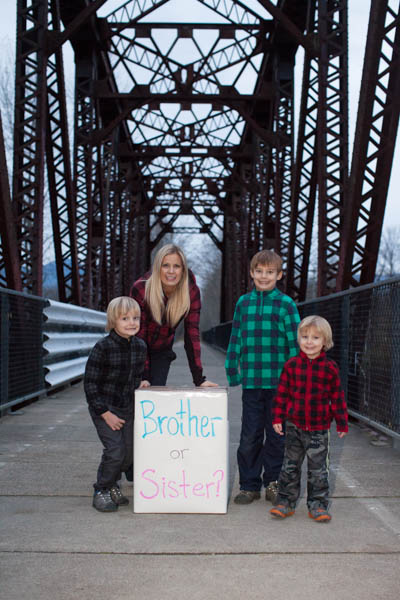 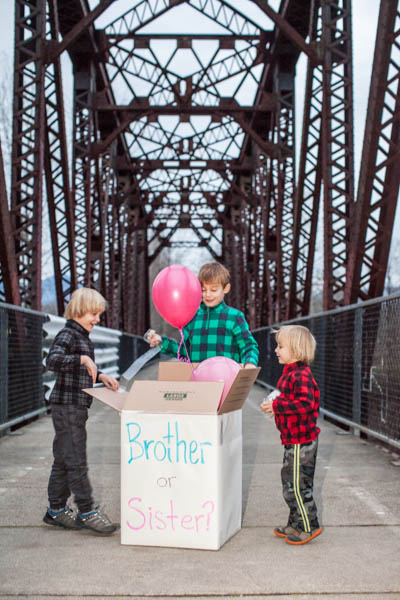 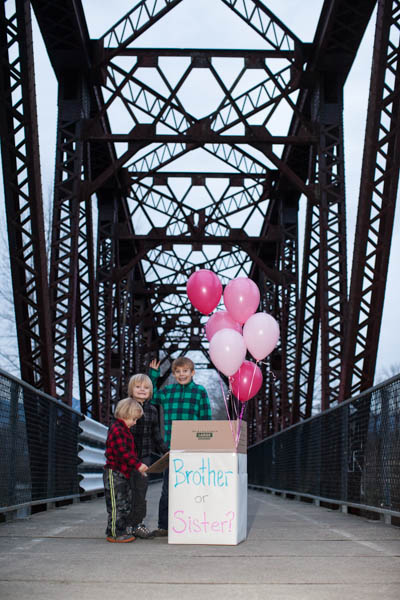 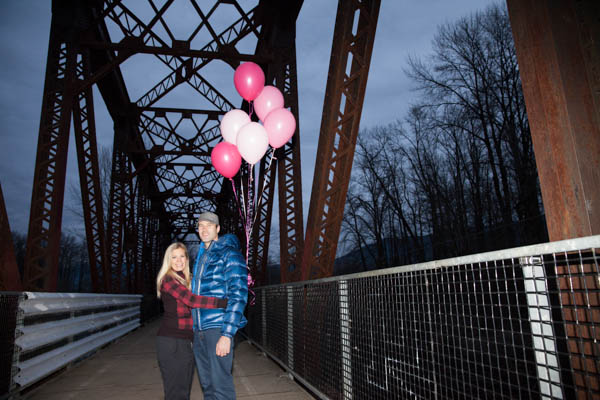 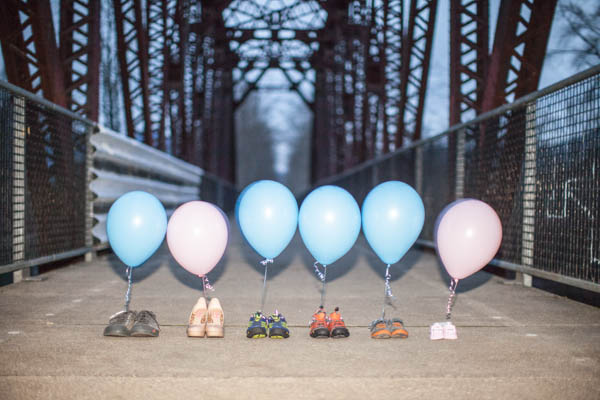 On route to the bridge to surprise the boys 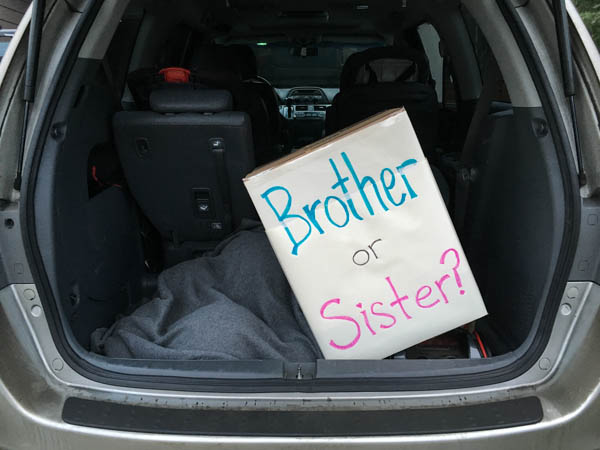 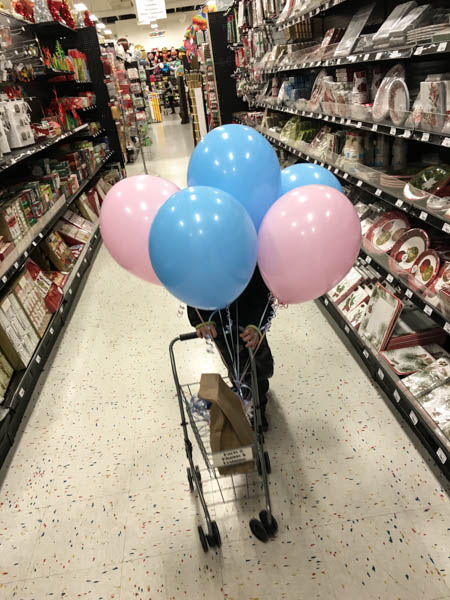