Here’s a bit of what we’ve been up to since Christmas:

We celebrated Nicole & Andrew’s January birthdays together while they were still at our house after Christmas. 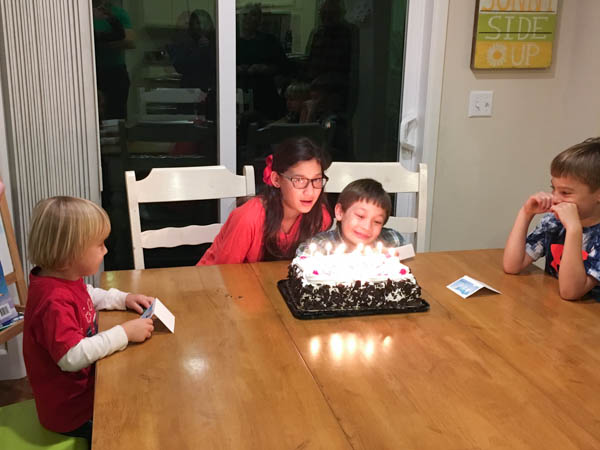 On the last day of 2015 we took the boys to The Summit at Snoqualmie for their first skiing adventure on the bunny hill. We all had a really fun time. 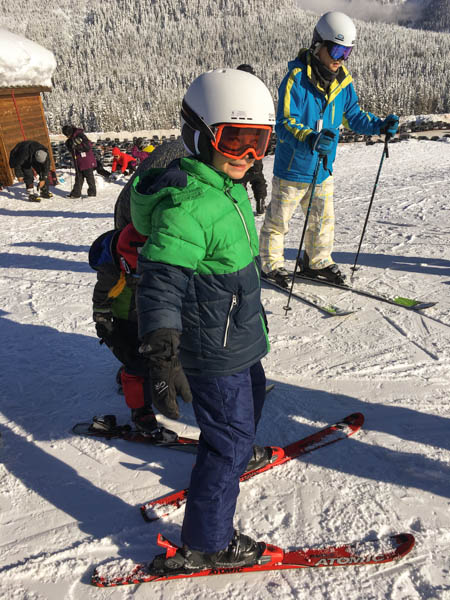 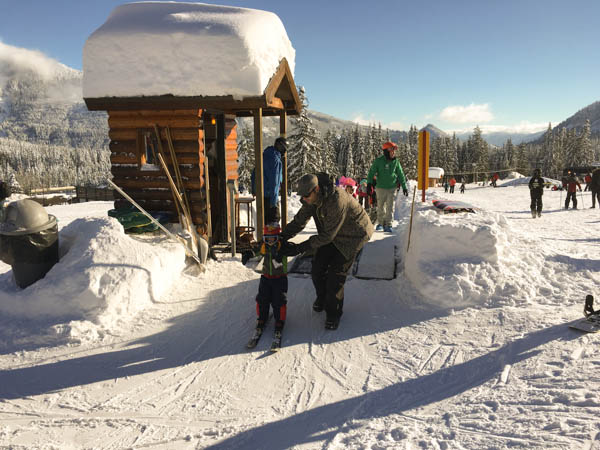 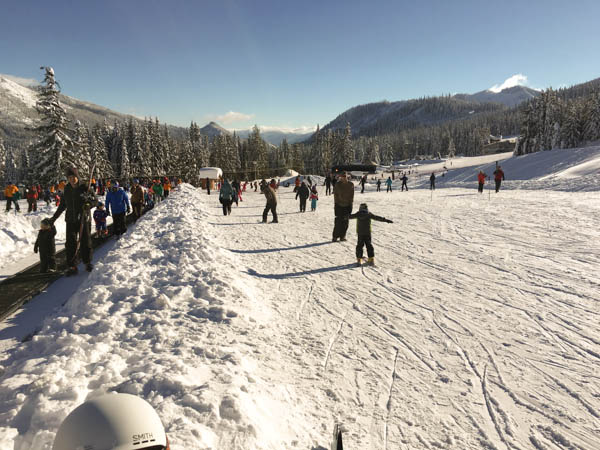 Getting the nursery ready! 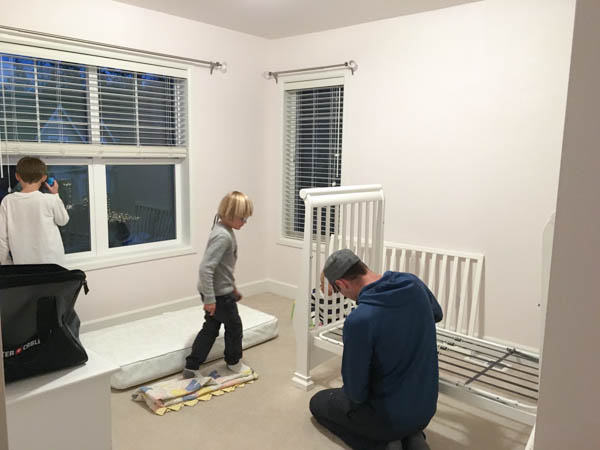 January means the start of basketball season. That’s Avery 2nd from the right. 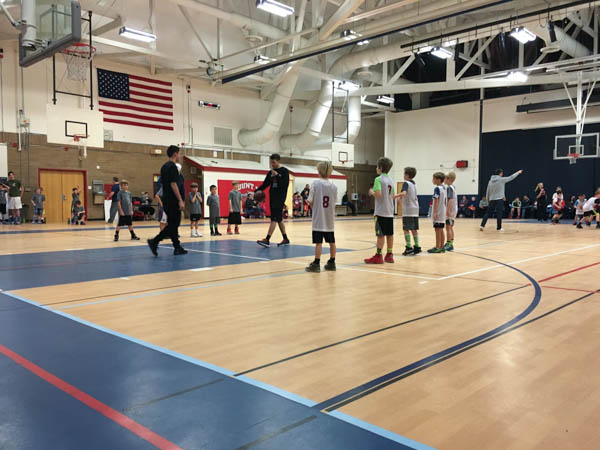 The boys dressed up to go see Star Wars, The Force Awakens, at the theatre. 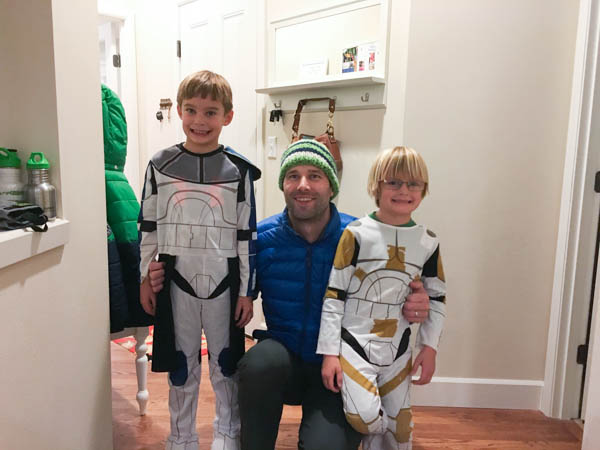 The boys at the breakfast bar 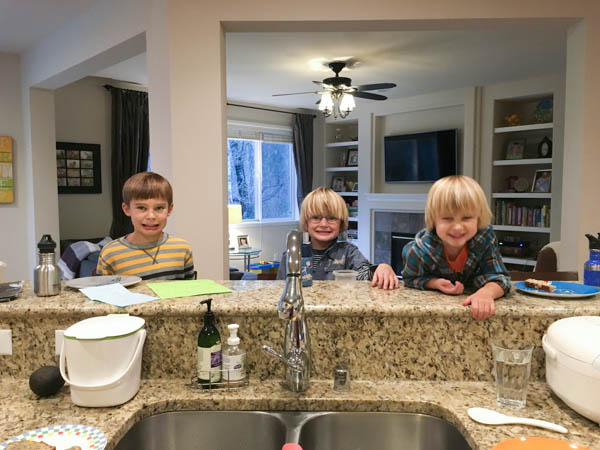 Silas with his buddy, Ethan 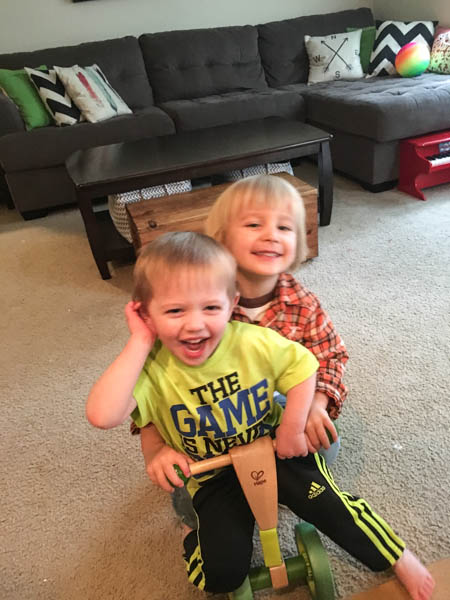 Doting on Ethan’s baby sister, Clare. They were both oohing and aahing over her – so cute! 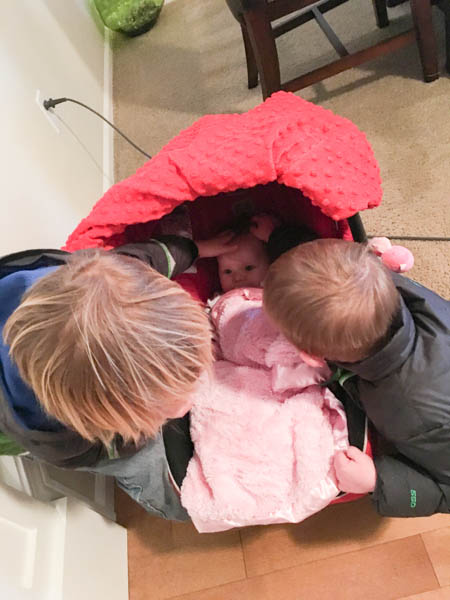 Not the greatest picture, but if you look closely, you can see that Kieron is leading Silas on a jump rope/leash. Silas was more than happy to be the “fire dog” while Kieron ordered him around. 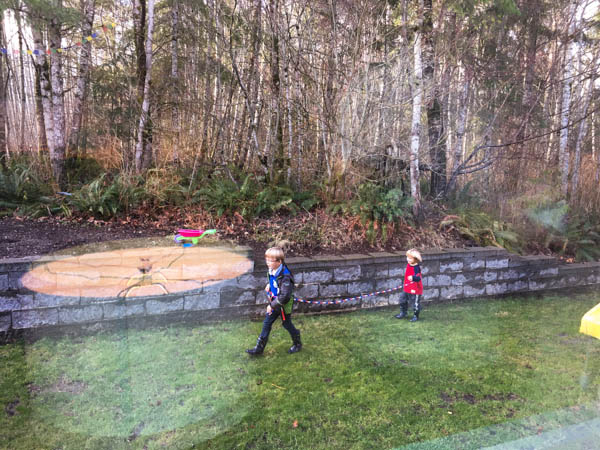 On a bike ride during a break in the rain 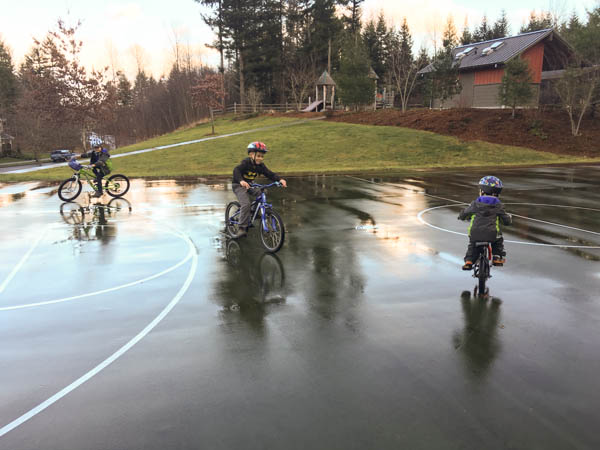 At the end of the month Avery tried a parkour class. I have never seen him take to an activity like this – he was glowing! We decided to sign him up starting in February. The owner of the gym was a finalist on the first season of American Ninja Warrior. Avery enjoys practicing and learning from him and the other instructors. 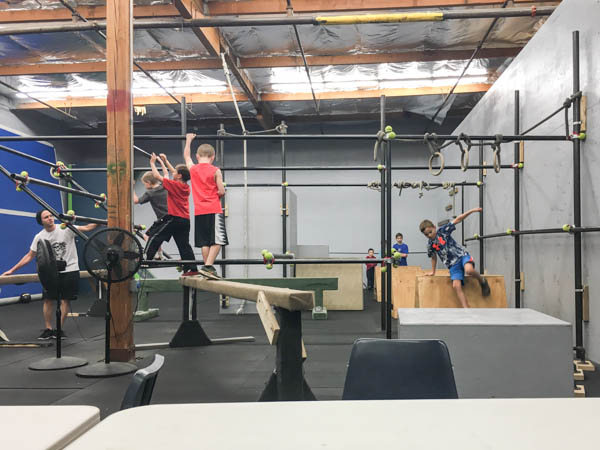 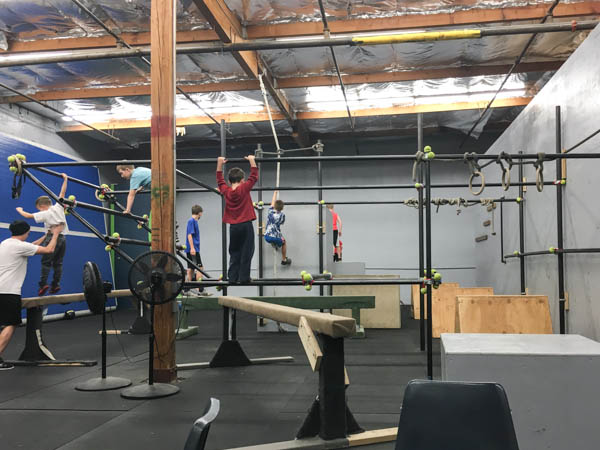 At 20 weeks pregnant, we decided it was time for a bump shot. 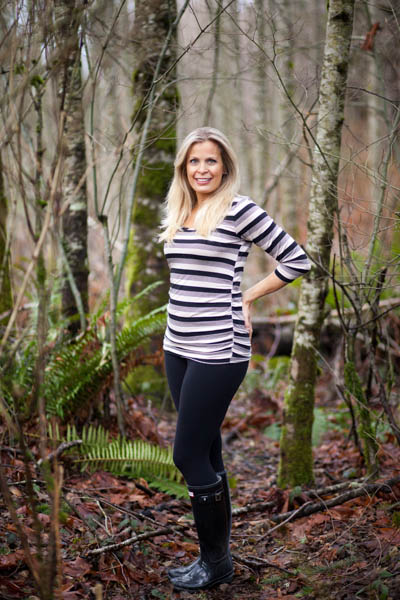 Here’s our little leftie practicing his penmanship. We’re impressed with his fine motor skills and attention to detail. 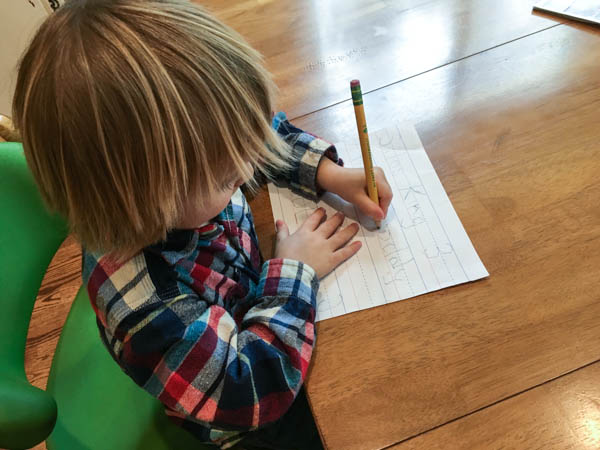 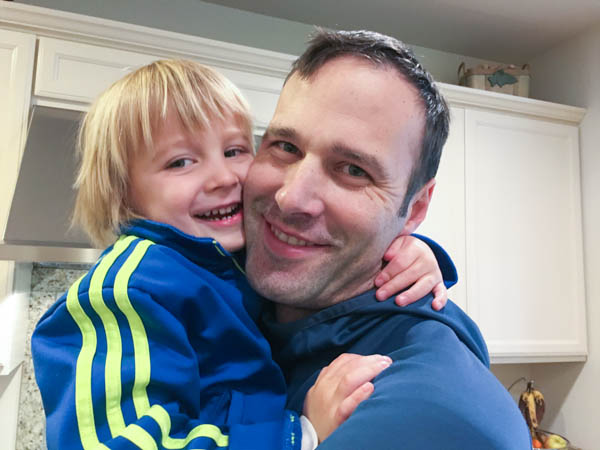 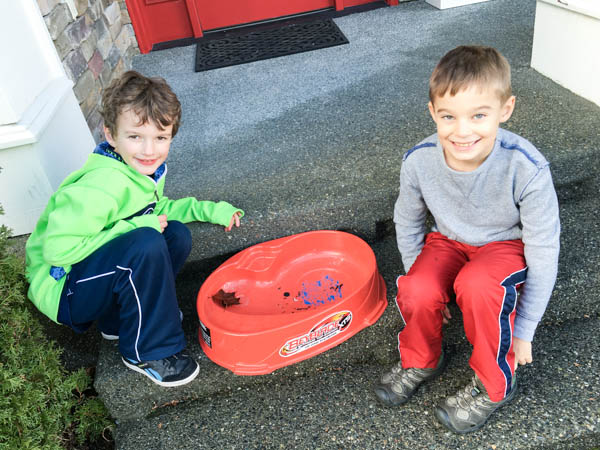 I love sweet moments like this. There was considerable bickering between these cuties earlier in the day, which made this spontaneous moment all the more enjoyable to watch unfold. 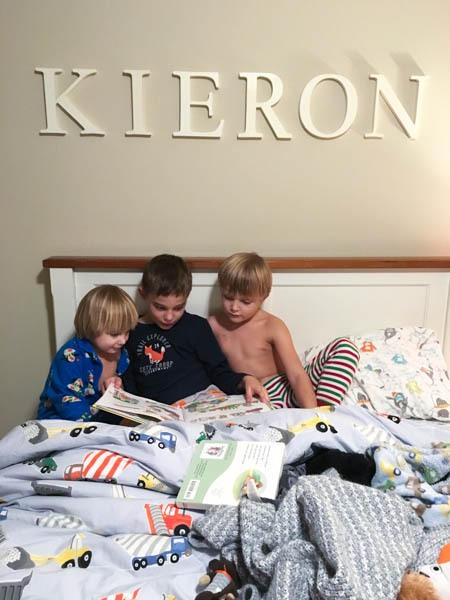 Craigslist score: a shed for Jonathan. Bonus: the guy threw in enough tools to sell them and completely offset the price of the shed! 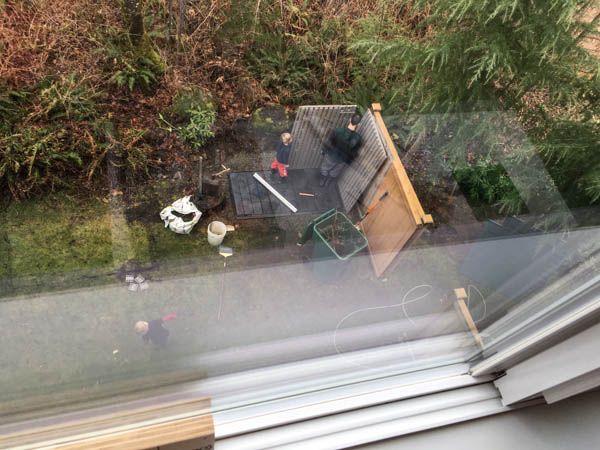 We spent a Saturday in Seattle. We ate at Red Mill Burgers, visited the Olympic Sculpture Park, and stopped by the “Up House“, the inspiration for the movie, Up. Here’s a cool article about the owner, Edith Macefield. 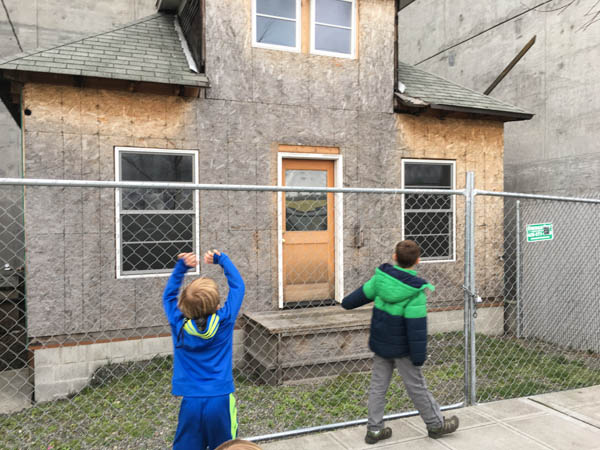