We had quite a bit of bad luck this August – so much that I thought it warranted it’s own post. It all started one Friday when I did laundry. I threw in the first load then transferred it to the dryer and put in a second. I had a little time to kill before I had to pick up Kieron from swimming, so I hopped on my computer to take care of a few things. About a half hour or so later I came out to get my keys and go pick up Kieron. That’s when I saw standing water all over the hallway in the middle of the main floor. I ran to Jonathan’s office and hollered at him, “come out here now!” He was in a meeting, which he signaled to me. I shouted, “we have a flood!” He excused himself and came out to see what I was so frantic about. I felt lucky that I had to leave right away. Poor Jonathan identified the culprit – the washing machine had come unhooked from the wall. He spent the next hour our so vacuuming up water, which made it into Silas’ room, the hall closet, and almost up to the hall bathroom. 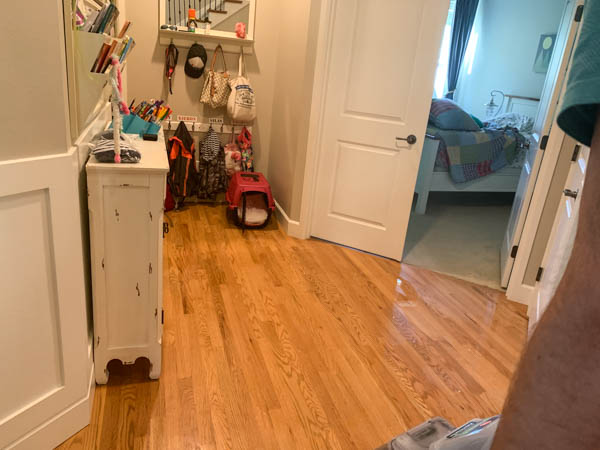 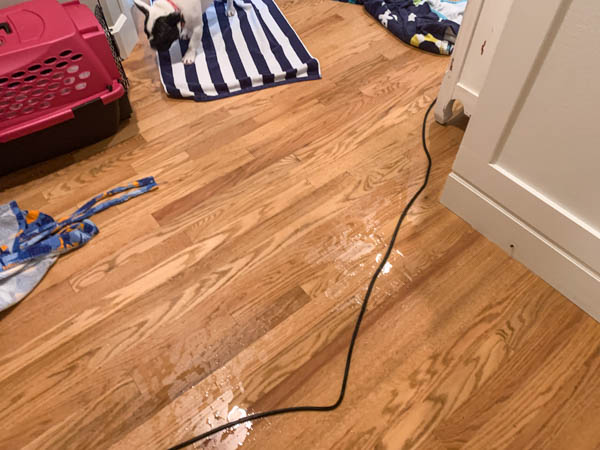 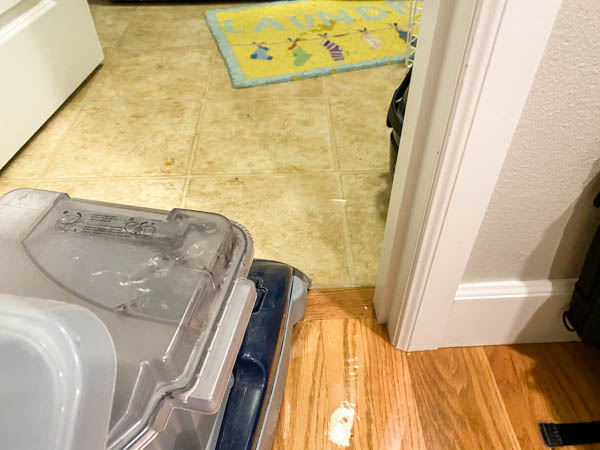 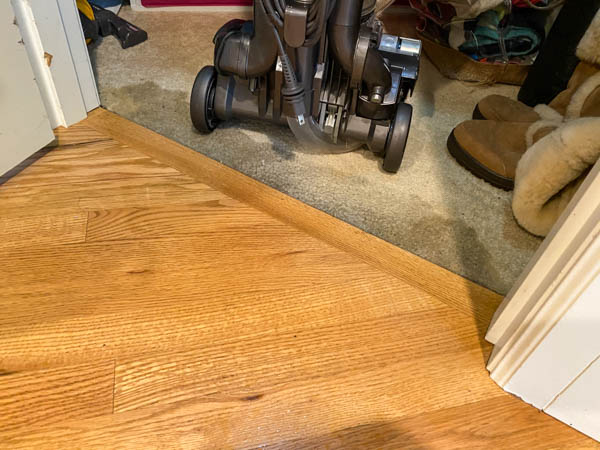 That weekend was our anniversary and we had a nearly perfect day at Roche Harbor. The ride home was a bit rough with four tired kids in the back seats but eventually they settled down. Then when we were passing through Issaquah (at 10:30 PM) we got a flat tire on our trailer. We pulled over and assessed the damage. Jonathan thought we could limp to a parking lot somewhere. Fortunately for us there was a tire shop about a half mile away, so we left the boat there for the night and called in the morning to have it fixed. 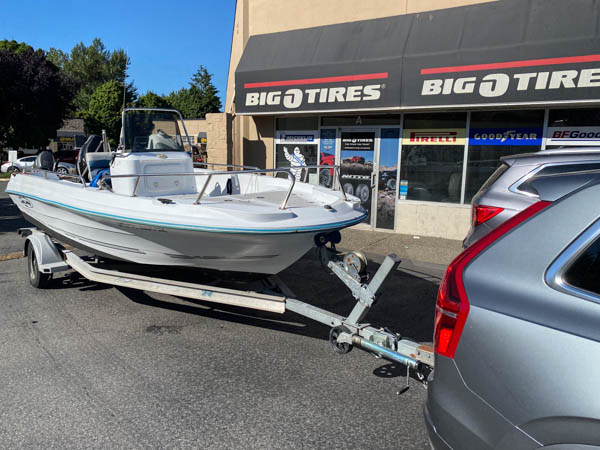 The tire shop called Jonathan after they fixed the trailer and when he got off work he went to pick it up. What good fortune that ended up being, we thought! Shortly after I got a text from Jonathan. There were some bad words in it. The gist of the story is that the boat and trailer rolled into my new car! Apparently the parking lot at Big O Tires was on an ever-so-slight incline, so the trailer did not roll when we left it there, but once it had a full tire under it, it rolled. So the man who serviced the trailer used the new spare they provided us to jam it. Unfortunately he was on the phone when Jonathan arrived, so no one told him this detail. Jonathan went to the trailer, threw the spare tire in the back of my car and got in to back closer to the trailer. Then he heard a crash. The boat busted the window and the trailer scratched my car! We were both SO upset! Sadly, Big O Tires did not feel the need to do anything about this situation so we were on our own to fix it. 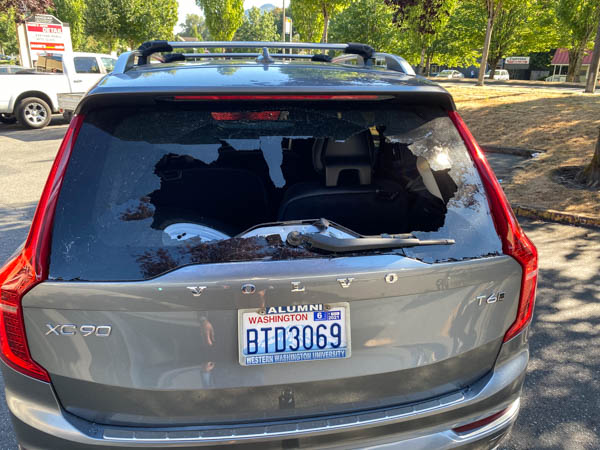 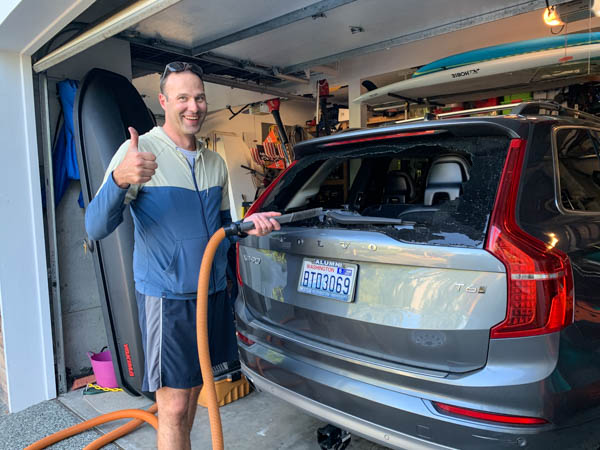 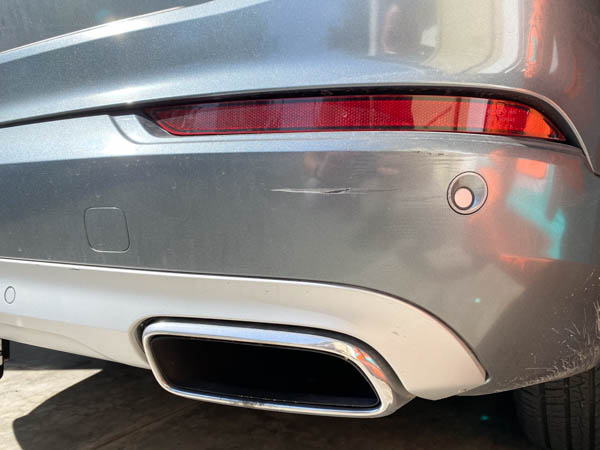 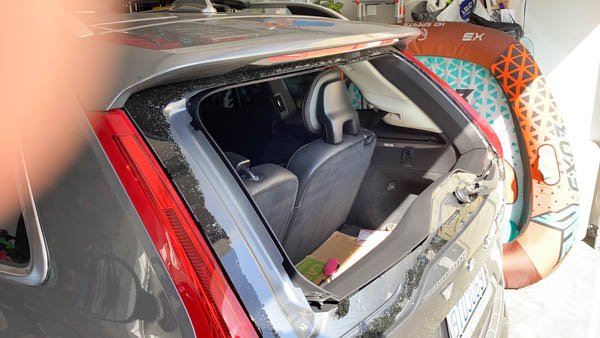 Then on Monday the water damage people arrived to air out our floors. Four days of intense white noise in the house made us all a little cranky. It was like a wind tunnel! 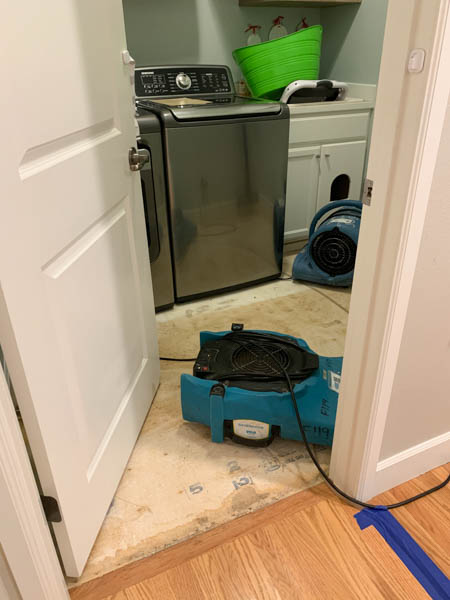 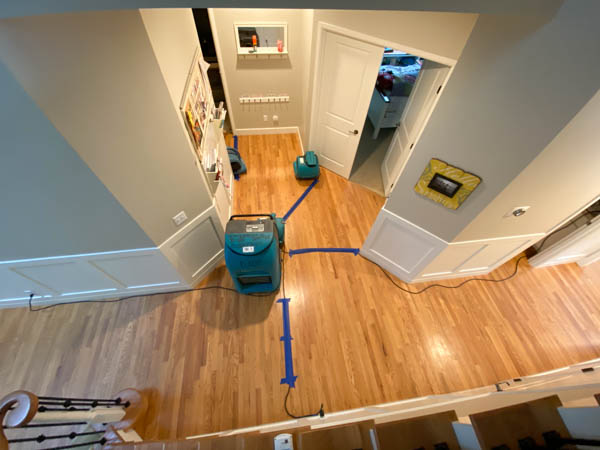 Some before pics of the floors & bannister. The silver lining is that we get to pick the new colors! 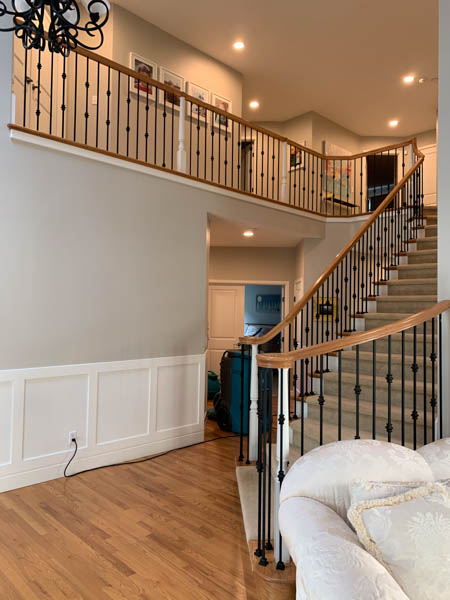 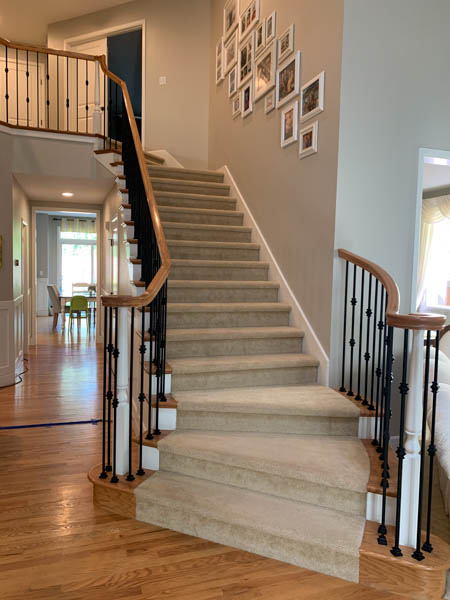 One more unfortunate event. Our touchless trashcan broke so we decided to try just putting a waste basket under the sink. That worked great until it attracted mice! Here’s the cats standing watch. They killed one, trapped another under Phoebe’s food bowl, and Jonathan killed at least five more and sealed off all points of entry. I hate mice as much as Jonathan hates snakes, so I was getting afraid to go into the kitchen. That experiment failed. We have a new touchless can. 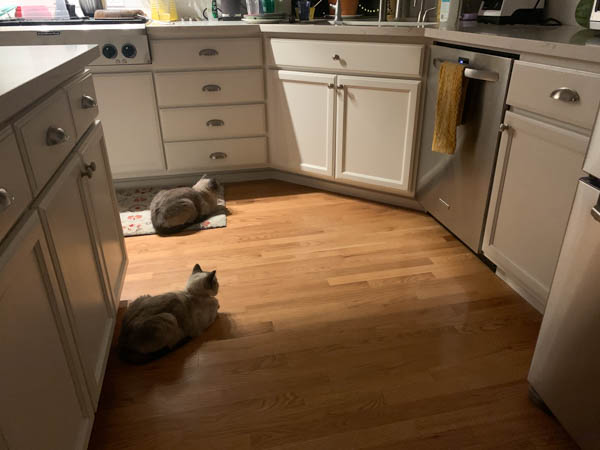