Shortly after returning from Hawaii, we took the boys to visit Santa and his reindeer at the nearby Reindeer Festival. We went on a weekend this year, so Jonathan and I spent much of the time divided while one of us kept our place in line and the other toured around with the boys. After working our way up to see Santa (not too long of a line, maybe 15 minutes, but it was outside in the cold), we were 2nd in line when it was time for his lunch break! Boy were we disappointed! Apparently he has to eat too! Fortunately, it was a pretty brief break, and since we were so close to his cabin, I was able to hold our spot inside and warm up a little while Jonathan and the boys visited some of the other zoo animals. It would have been nice if the elves had cut the line short earlier and let us know his break was coming up. Oh well, we will remember that next year! Fortunately, the boys were very well behaved and when Santa came back they brought their manners and A game. Silas was even happy to sit on his lap. We snapped this adorable photo of them together. 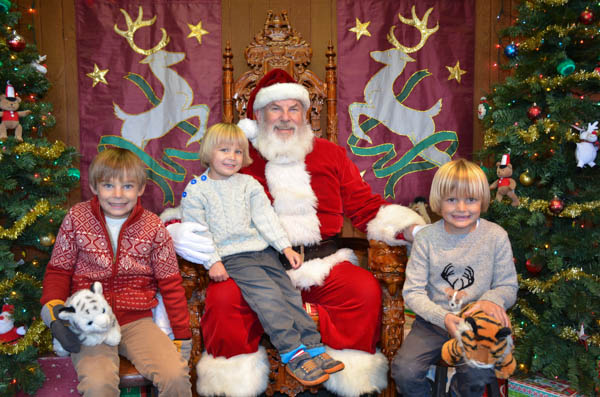 If I had the time I would create a composite of the following two photos, but since I don’t, here they both are. I love Kieron’s hair and tan. He looks like a little 70’s beach boy! 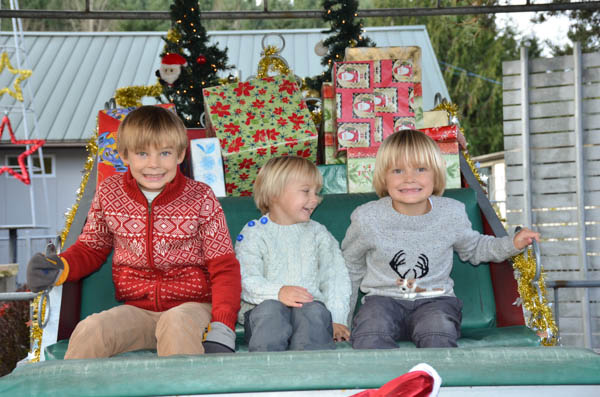 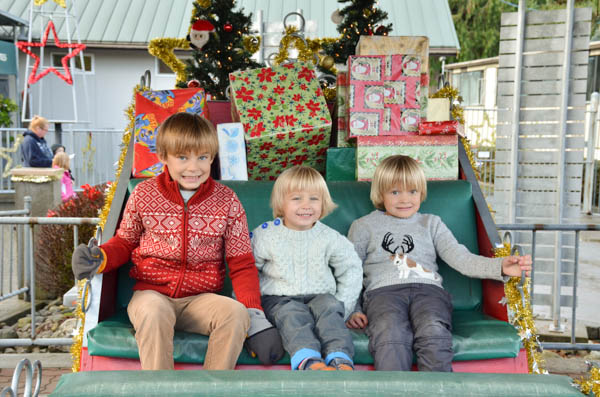 The tigers were the most playful we’ve ever seen them on this particular morning. 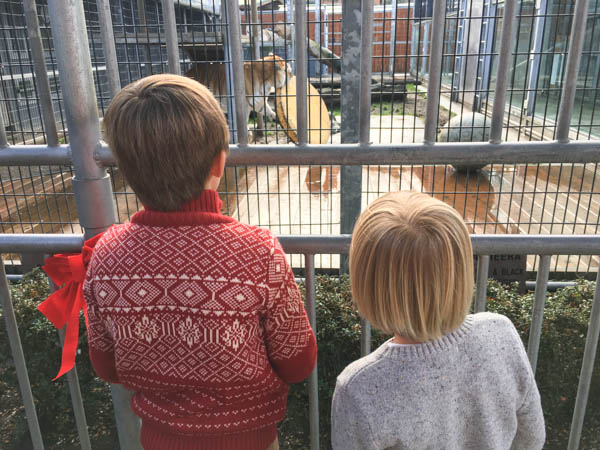 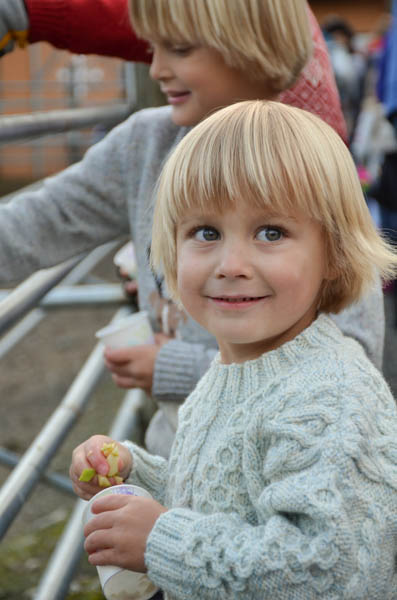