Although theme parks were on the agenda for our trip, we were in no hurry to get to them. First on the to-do list was some time on the water! The boys had never been sailing before, and we were excited to show them what it was all about. Uncle Brad directs the sailing program at Orange Coast Community College, so he was all over getting us on a boat. Here are some pics from a couple of our outings. 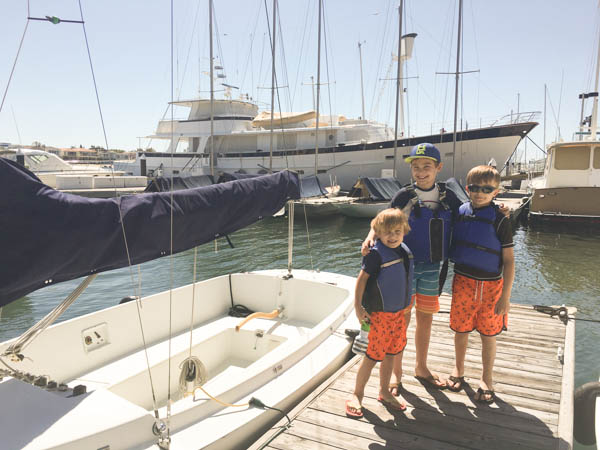 Oops! Poor Kieron took a boom to the head before we even set sail the first day! Poor guy! 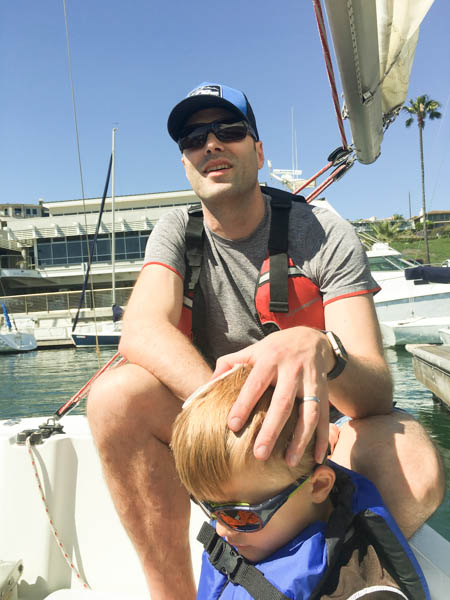 The boys were naturals at the helm 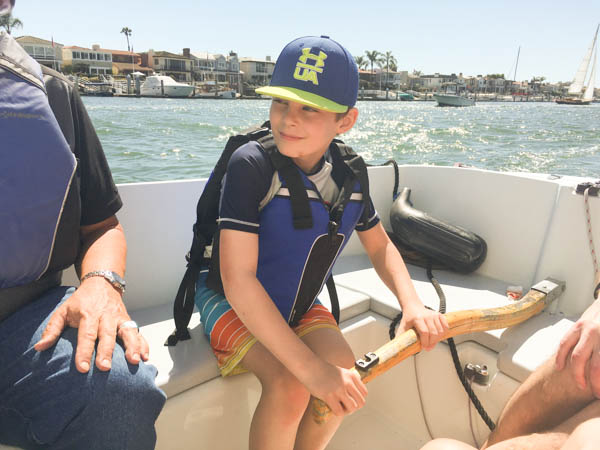 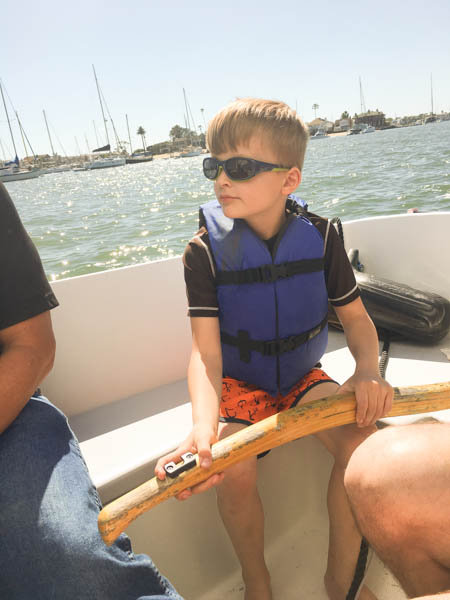 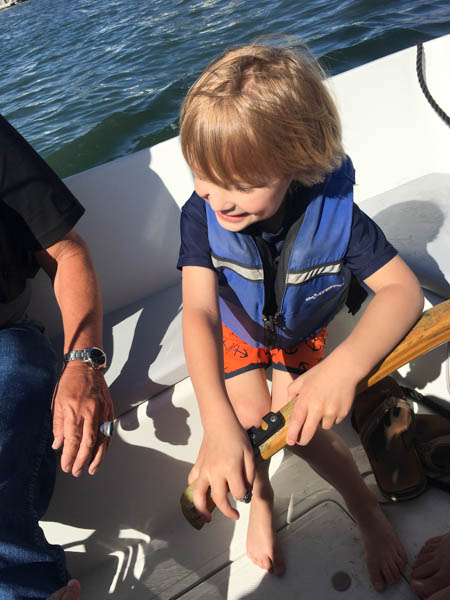 Layla was quite comfortable on the water 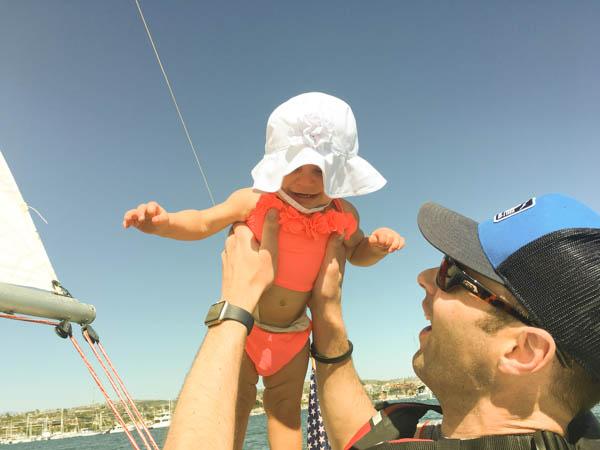 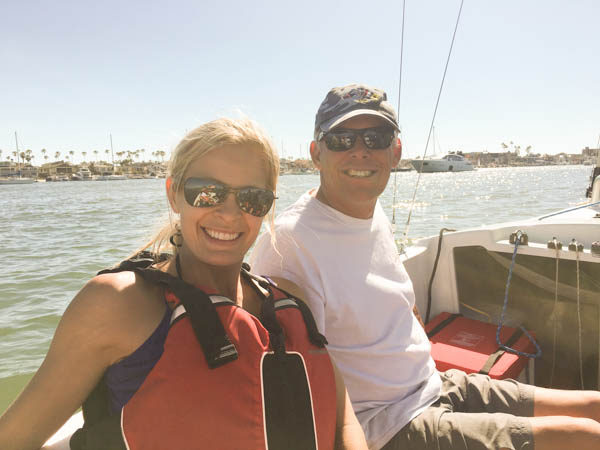 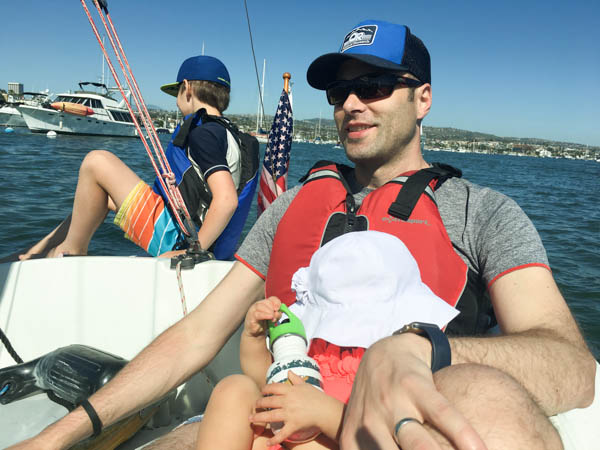 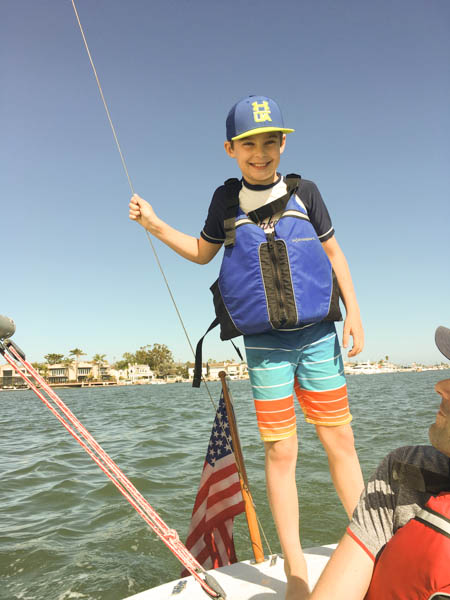 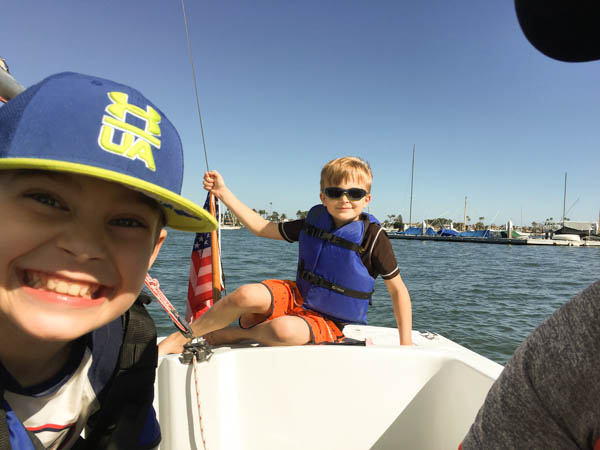 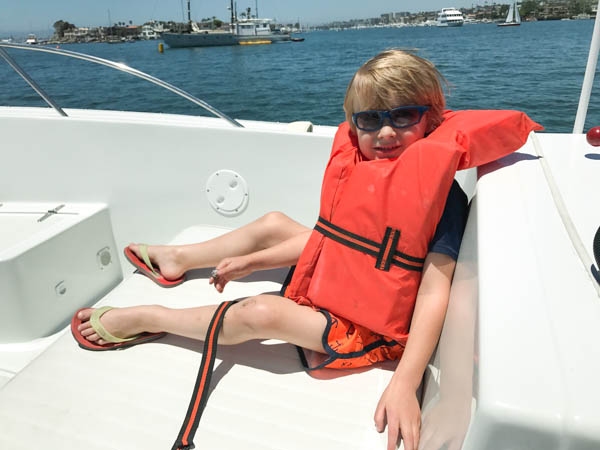 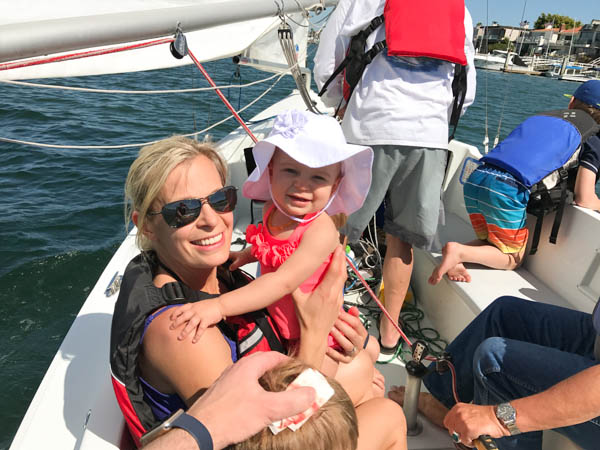 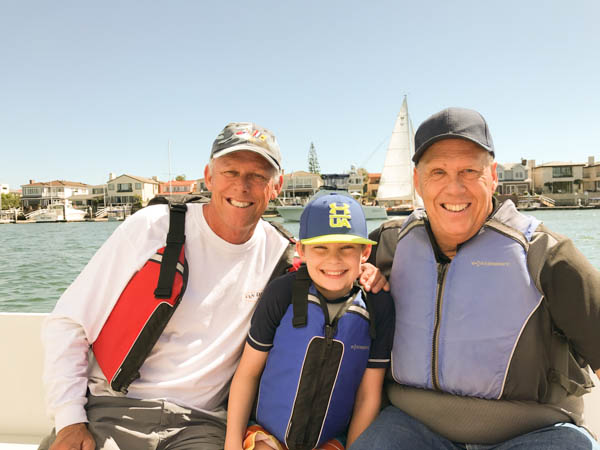 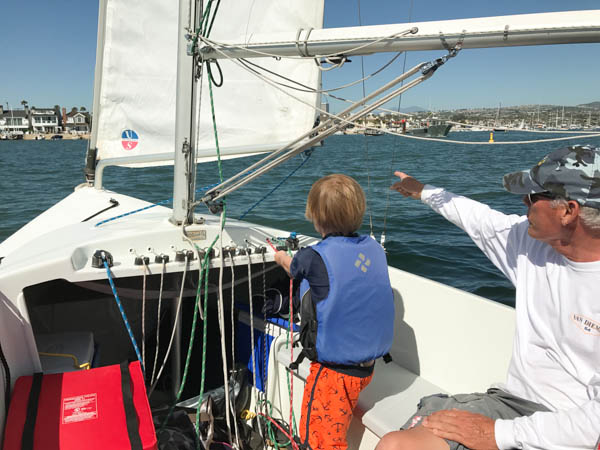 We had lunch at the Newport Harbor Yacht Club a couple of afternoons. 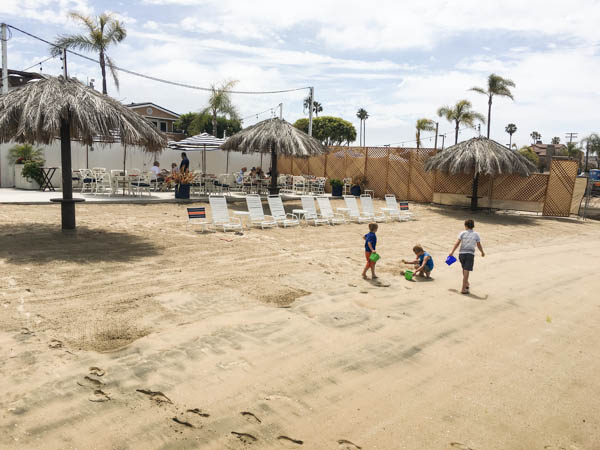 They are in the middle of building a new club, so the current location is a temporary one. Here the boys are checking out the site of the new yacht club. 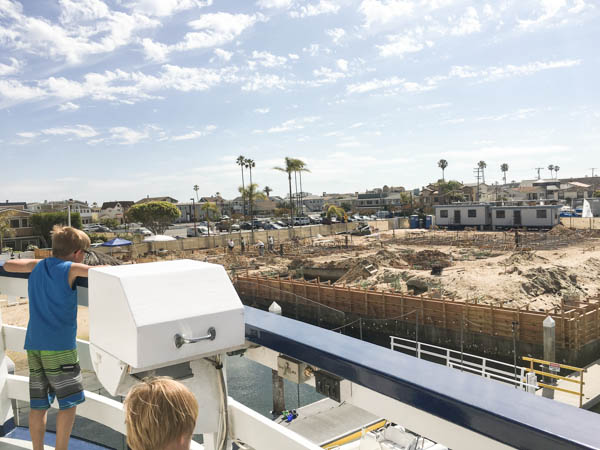 The temporary yacht club consists of a small beach portion and the rest of it is on the yacht pictured here, the Barney Lehman. 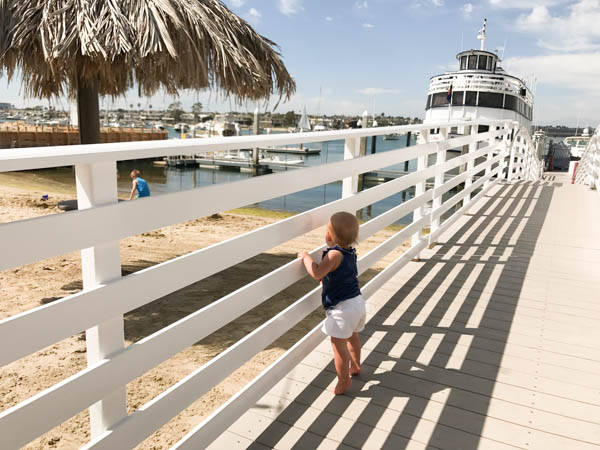 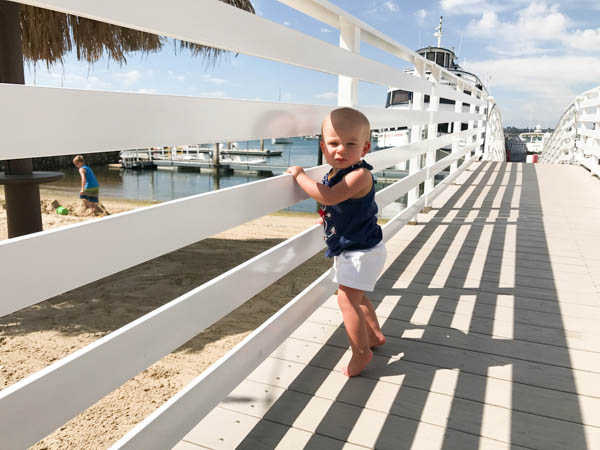 Avery found a coupe of sea slugs while he was digging on the beach. He brought them up to our table to show us. Wish I’d been quick enough to get a picture of Uncle Brad holding it up at the table! Eeeew! 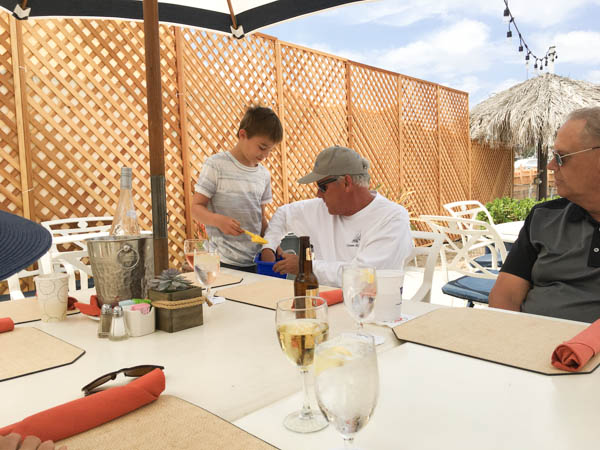 Playing on the beach with Uncle Brian 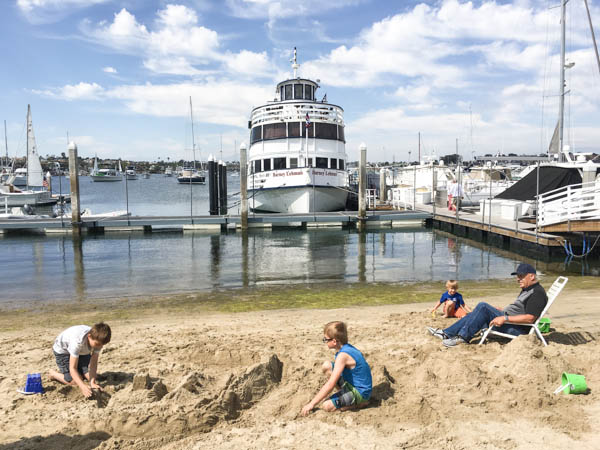 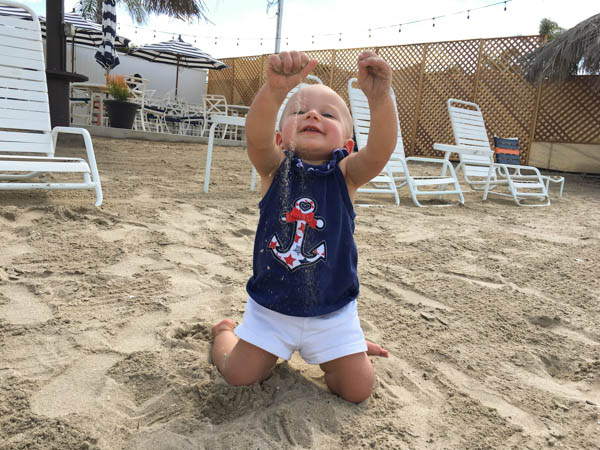